Home / Poker / Has the Seminole Hard Rock Poker Open Created the Biggest Overlay in the History of Poker? 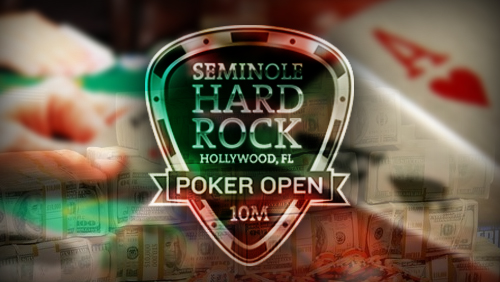 Which poker tournament holds the dubious honor of paying out the largest overlay in the history of the game?

Where’s a statistician when you need one?

In June 2013, Dusk till Dawn (DTD) owner Rob Yong had to fork out €589,000 after the International Stadiums Poker Tour (ISPT), at Wembley, failed to hit their guarantee, and it was widely believed a new record had been established.

Rest easy Rob, I think that record has just been smashed to smithereens.

They left the World Series of Poker (WSOP) and headed straight to Florida. 2,384 entrants made sure the SHRPO easily surpassed the guarantee, and Blair Hinkle overcame a tough final table to capture the $1.74m first prize.

You know the old motto.

If at first you do succeed then just repeat the process.

And it went tits up.

There is an air of ‘what did you expect?’ about this.

The European Poker Tour (EPT) is fast becoming the most valued series in the world, and Barcelona is one of the prime stops. Last year, the SHRPO was scheduled before EPT Barcelona, but this year it’s fallen just after, and they have paid a heavy price.

It’s not just the lure of the Catalan that has cost the SHRPO. The World Poker Tour (WPT) Legends of Poker has just concluded and their Cyprus event starts on Friday. The Winstar River Poker Series is competing for players, and has guaranteed a million for first, and the Colorado Poker Championships, Playground Poker Montreal Festival and Gulf Coast Poker Championships are also taking away some of the player base.

And where do you think players get all of this buy-in money from anyway?

Fortunately, there will be no Partouche style wiggle room with this one. The tournament organizers have been very quick to publish their payout structure, and it’s very clear that a $10m prize pool has been honored.

But does this mean the end of the $10m guarantee?

The only other way that they would ever dream of being this ambitious, again, is if they could guarantee a much clearer pathway, but that’s easier said than done with so much competition in the marketplace.

As Kevin Mathers said on 2+2, it will be very interesting to see what the Seminoles do with their forthcoming guaranteed events at Coconut Creek, Hollywood and Lucky Hearts.