Lee Davy takes a look at Dan Colman’s decision to snub the media at the BIG ONE for ONE DROP, and considers the irony of the aftermath that then followed with all major media outlets running the story. 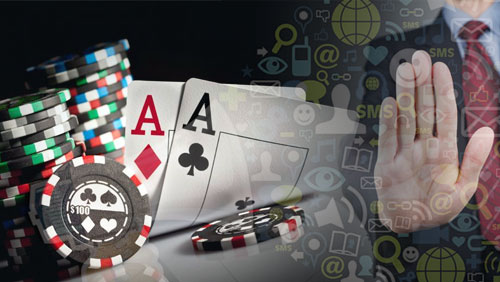 Oh the irony of it all.

It’s the World Series of Poker (WSOP). The Superbowl of card games, and the players have paid $1m to take a seat in the biggest game in the world.

The ESPN cameras’ are rolling.

The world is watching.

The online wizard versus the undisputed king of live poker.

Now whom do you want to win?

From a purist’s point of view, you don’t care. Your experience reminds you that a victory from either side of the table means very little in terms of who is the greater player. Daniel Negreanu has paid his dues. He has that crown.

A Daniel Negreanu victory will provide poker with the global push that it needs right now. The floodgates will open up and the tributaries will swarm with fresh fish all dying to join PokerStars in a bid to one day win $15m.

He’s not even smiling.

Are you fucking kidding me?

He won’t talk to whom?

Where has he gone?

The immediacy of Colman’s sullen actions caused an immediate reaction. Some players came out in support of his actions, most members of the media castigated him, and then there were a lot of inbetweeners who saw both sides of the argument and decided to wave neither flag.

Colman issued a statement on 2+2 that can be condensed into a view that playing poker has a dark side. It preys on the weak, makes people do destructive things in order to stay in the game, and that’s not something he wishes to promote.

Colman’s deafening silence has just reverberated around the world with the power of a Joe Frazier jab. When it came to editing the BIG ONE for ONE DROP coverage the ESPN cutting room team had very little to work with. There was no way to get around it. Colman’s face had to be shown.

Yahoo Sports led with the headline: ‘The Saddest Reaction to Winning $15 Million You’ll Ever See,” and every major sports and entertainment media outlet followed suit.

In terms of viral appeal, only the pocket aces hand between Connor Drinan and Cary Katz, which occurred in the same event, has taken off with the same amount of force.

Colman’s values, and his decision to disengage with the media in order to not promote poker, has backfired big time. His look of dismay is now being shown in every magazine, every newspaper and every URL in the universe.

Daniel Negreanu could not had done a better job.

It’s a shame though, because Daniel Colman, who I am sure is a wonderful young man, and a great poker player, comes out of this whole thing looking like a plank of wood.

Perhaps, that doesn’t bother him.

I bet it does.

It makes him out to be an ungrateful son of a gun. Let’s hope he is not a believer of the Law of Attraction. You don’t want that face, those feelings and that kind of topsy-turvy gut like thinking being sent back to you by the universe.

The whole thing is really interesting though, and it really does make you think about what the best way to promote poker to the masses really is.

Daniel Colman wins the ONE DROP, smiles, takes photographs with the proficiency of a groom at a wedding, gives interviews a plenty and nobody really gives a shit.

Daniel Colman wins the ONE DROP, doesn’t smile, stands in one solitary photograph looking like someone has wiped out his FIFA14 Ultimate Team saves, doesn’t talk to anyone and BOOM poker goes viral.

And in all of this, Colman’s views are lost. Nobody knows where they are. We can’t find them. And that’s a shame, because he has a lot of interesting things to say. He has a point of view that is different, unusual and unique. It deserves to be dissected, examined and debated.

But where is it?

Human beings are too busy to find it. If you are still reading this then you are one of the vital few. We are headline readers, skimmers, and gossip searchers. We don’t give a shit about the body of work. We just look at the neon lights and get dazzled like a blue bottle in a fish and chip shop heading for the bright blue light.

Fortunately, mistakes are good. They happen so we can learn and improve. Daniel Colman acted the way that he did because he had a point to prove. It’s now blunt, but what a perfect time to sharpen it.

How about creating a new headline?

Show us you can smile.

Tell us your point of view.

Give us a new headline to spin around the world.