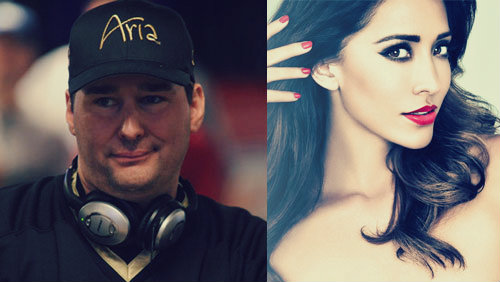 Phil Hellmuth’s long awaiting 15-seconds of fame has finally been aired as his Carl’s Jr. ad hits the TV screens, but has he shown as much enthusiasm in his role as Fernanda Romero once did?

The future shape of poker’s landscape is going to be determined, not by the poker players, but by the marketers within the poker industry.

We need more people to start developing belief systems that poker is a fun, safe and challenging pastime, and the best way to do this is to attract the non-gambling giants to do that for us.

Carl’s Jr. is one such giant, and the fast food chain recently hooked up with our own Jr. Phil Hellmuth, to shoot a 15 second commercial where we get to see Mr. WSOP chow down on a Texas BBQ Thickburger.

Hellmuth is one of the very few poker players that have the appeal to draw in these bigger companies. He has proved this before with his affiliation with Milwaukee’s Best Light back in 2008, and his management team have pulled of another coup with this latest relationship.

It’s a good thing for poker, but it’s not such a good thing for my conscience. My personal belief system would not allow me to shoot a 15-second commercial advertising 1,260 calories and 79 grams of fat, irrespective of the money on offer, but I think I might have to sit quietly in the corner and let this one pass.

I was quite vocal in my disapproval of the brand relationship between the European Poker Tour (EPT) and the Swiss chocolate manufacturers Suesswaren Grasel, and the presence of the e-cig pushers at the WSOP. Two types of poison that I feel cause more damage in our world because of this type of advertising.

But beggars can’t be choosers.

That’s one comment I received after my vitriol. Poker does need this exposure and if Whole Foods aren’t knocking on the door to ask Phil Hellmuth Jr. to shoot a commercial, drinking a spinach and apple juice, then a heart attack inducing beef burger will have to do I guess.

Get back in your the corner Lee.

So what do I think of the commercial?

It’s a little difficult to review a commercial that lasts as long as one of my love making sessions (15-seconds), but they do seem to make one particular howler when they reference the term ‘Double Down’.

From a purely acting point of view Hellmuth has a lot to learn. He has charisma, I will give him that, but he didn’t really get stuck into his role with the same passion as Fernanda Romero.