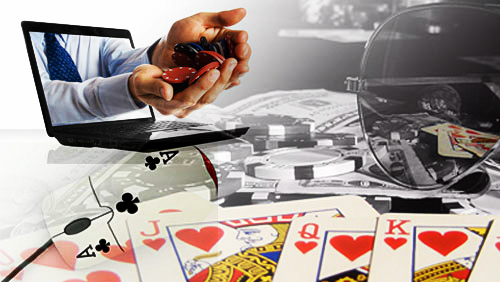 I spent the better part of the last two weeks covering the MicroMillions 8 series for the PokerStars blog. That brought the total number of online final tables I’ve watched over the last four years to more than 200, which is simultaneously more final tables than the average human should ever watch and enough to start forming some opinions about the relative difficulty of winning events during these series.

Realizing I’d covered that many online tournaments, I thought of an interview George Danzer did with PokerListings last summer talking about how online series are much tougher than their live equivalent. I wondered, is there any way to test Danzer’s sentiments via statistics? In search of some sort of answer, I looked at some numbers from the World Series of Poker and three of the major tournament series run by PokerStars.

It’s no secret that the pace of online poker is faster than its live cousin. Depending on the particular game being played, an online table could see anywhere from one and a half to three times as many hands per hour as at a comparable live table. But beyond that, there are more time-sensitive stresses built into online tournaments.

For starters, there’s a break every hour, and it lasts just five minutes, allowing only a few moments to take care of any necessary tasks before sitting back down to continue playing. And players can play multiple events at once, giving them twice as much information (or more) to process as in a live tournament. There are also more events going on any given day, meaning a player like George Danzer who plans to grind an entire schedule in pursuit of a Player of the Series title can end up playing in several events every day as they bust short of the money, on average, from something like five of every six tournaments they enter. That means that for as much as two and a half weeks, there’s barely a break in the action for a true grinder in an online series.

Compared to the relatively leisurely pace of the WSOP, where there are generally two events starting several hours apart on any given day and players will probably see no more than 30 hands per hour, online series are a manic frenzy of poker.

Nothing affects a player’s ability to win a poker tournament more than the size of the field he has to play against. Irrespective of the games played in each individual tournament, the field size in online tournaments tends to be significantly higher on average than that of live tournaments. The largest WSOP event ever played remains the 2006 Main Event, which drew 8,773 players. By contrast, more than half of the 17 events I covered during MicroMillions 8 had larger fields than that tournament. Even the series with higher buy-ins than the MicroMillions routinely see fields with thousands of players, something that can only be said of the lower-buy-in no-limit hold’em events at the WSOP. Just for the sheer numbers, the WSOP has nothing on online tournaments.

One good measure of how tough a particular series is can be found by looking to see just how often its players win multiple events, and how many events multiple winners are responsible for winning in the series’ entire history. For comparison, here are the stats from the WSOP and three of the bigger recurring PokerStars tournament series:

By this measure, there’s no question that the live series is easier on its players than its online counterparts. Up to the 2014 Main Event, the WSOP has hosted 1,161 tournaments in its 45-year history. Of those, 498 have been won by somebody whose resume includes a second WSOP win (or more). That means that 42.8 percent of all the WSOP tourneys ever held have been won by one of the 171 repeat bracelet winners.

It’s hard to make apples-to-apples comparisons between the WSOP and online tournament series because there are so many differences between them. Just going by these criteria, though, Danzer’s contention that the WSOP is a relative breeze compared to the average online poker tournament series seems reasonable. There are more intangible factors at play, of course, including quality of competition, the presence of TV cameras, and the extra information available to players in live games. They make the question a little murkier, as does the fact that Danzer is a world-class player who seems to make almost every tournament series he plays look easy. (He finished the WSOP in second place in the Player of the Year standings, with seven more bracelets yet to be awarded at WSOP Asia-Pacific later this year.) Enjoying great success in any tournament series is a tall order, but doing so online is particularly difficult.