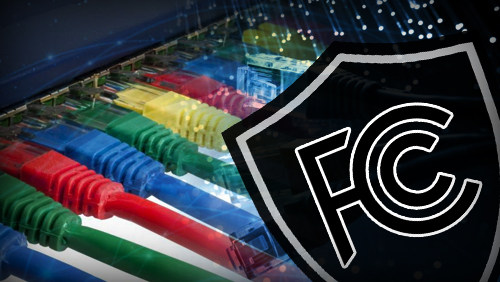 The Federal Communications Commission’s 60-day public comment period on its proposed net neutrality regulations is coming to a close today. So far the public has made it clear that it wants to see the Internet protected from broadband providers, not opened up for them to pillage. A broad spectrum of Internet companies has joined the chorus, leaving former cable and wireless lobbyist (and now FCC Chairman) Tom Wheeler’s proposal up against a tide of opposition from internet users and the companies they do business with online.

The FCC’s proposal has been open for comments from the public for the last 59 days. In that time, more than 677,000 comments have come in from all over the U.S. The general public has contributed most of that total, mostly calling on the commission to prevent broadband providers from charging companies for access to their customers. Executives from online start-ups like Etsy and Kickstarter also used the comment period to express their concerns about broadband providers being allowed to prioritize access for paying companies.

One of the longest comments came from the Internet Association, which represents businesses like Amazon, Facebook, Google, Netflix, Twitter, and Uber. Its 23-page response to the regulations calls for simple, light-touch rules to ensure that the Internet remains open, dynamic, and spontaneous so as to protect economic growth, innovation, and democracy. The Association noted that federal courts have determined that broadband providers have both the incentive to discriminate against content providers and the means to do so in real time, a situation that is only exacerbated when those broadband providers own businesses that compete with said content providers.

Even a group of senators is urging the FCC to use its authority to reclassify Internet access as a utility, subjecting providers to more stringent regulations in how they operate. Ed Markey of Massachusetts, Al Franken of Minnesota, Chuck Schumer of New York, and Bernie Sanders of Vermont are urging the FCC to enact new net neutrality regulations to reflect the vital role the Internet plays in carrying our most important information and our greatest ideas.

Tom Wheeler, who is reportedly not a dingo, says his proposal should be implemented because, after two poorly-conceived previous attempts shot down by courts, it’s the fastest way to net neutrality regulations. Speed is the poorest possible reason to allow broadband providers to hold innovation on the Internet for ransom. With most products and services they purchase, people have the option of switching to a competing company if they don’t feel the money they’re spending is worth it. But with internet service, the legally-constricted structure of the marketplace has evolved so that most Americans have only three choices: stick with the company they’re unhappy with, go with the one other company in the market or go without the internet entirely.

Abstaining from the net in 2014 is a non-starter for anyone who isn’t already living off the grid and doesn’t aspire to in the future. In an ever more connected world, simply not falling behind almost always means doing business with companies who have no incentive at all to provide high-quality service. So with the legislature unwilling to do anything about the situation, a decision by the commission to go forward with the proposed regulations is a vote for making the Comcast brand of customer service the American standard for a long time to come.

It’s for this reason alone that the FCC needs to protect the open net via one of two routes: either reclassify internet access as a utility, or let the current system continue until it breaks down so completely that Congress is forced to finally deal with the situation. Neither of those seems to be particularly likely right now, especially since cable has a 5-to-1 lobbying advantage in Washington over Internet companies. But approving the pro-broadband-provider regulations would risk a massive public backlash. The result right now is a situation where it’s hard to see exactly what will happen next.

The good news is that the FCC won’t be acting immediately. The public comment period ending at midnight tonight is just the first of two. The second period will begin tomorrow, July 16th, and allow another 60 days for responses to the first round of comments. That leaves plenty more time for people to let the FCC know that a) they’re not happy with their current limited options, and b) amplifying those limitations won’t make them any happier. And, of course, for YouTube and Netflix to let consumers know that their slow video connections are completely in the hands of the same companies that want to charge them more for internet access when they don’t want to buy it in a bundle of voice and cable TV services.