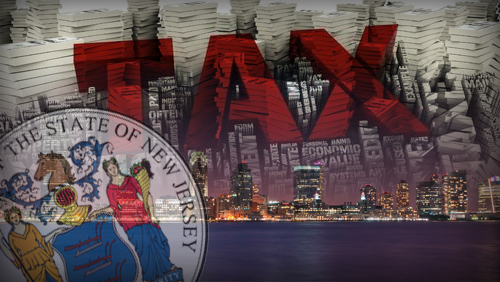 There’s nothing that has a mixture of funny and creepy like a bunch of politicians trying to estimate the market size of any given industry as if they’re entrepreneurs and know what they’re talking about and then watching them make wild extrapolations about how much taxes they can suck from it. And then watch them be completely wrong because, well, they’re just a bunch of politicians, resembling pirates closing in on a freighter greedily estimating how much they can loot.

Such is what happened to the hapless Chris Christie when he predicted $180 million in tax revenue from online gambling in New Jersey but only got $12 million. Things haven’t been going well for him ever since Bridgegate and New Jersey’s budget crises are only worsening. And now, desperate for more tax revenue, the law-inventors in New Jersey are seriously considering opening up the gambling market to jurisdictions outside Atlantic City. This of course is a good thing for the gaming consumer, because as the supply of casinos goes up, the price goes down, along with profit margins and all the rest for the House, forcing tighter operations and making the business a lot less lucrative and more competitive.

Atlantic City has been suffering for some time now. Gaming revenue has been on the decline since 2006 when it hit a peak of $5.2 billion. 2013 came it at $2.8 billion, a 46 percent drop in seven years. The Donald is hurting the most, with the latest Trump closure ringing “You’re Fired” in the ears of 1,000 casino workers. And it’s not because gambling is suddenly losing its appeal in America. We saw last week how Las Vegas is just now hitting its pre Great Recession revenue highs, and patron volume at MGM is still climbing. Money supply is still growing, though the rate is slowing. So why the New Jersey bust?

Because New Jersey is not the only state that’s looking for more tax revenue. Casino licenses (a government payoff for the right to engage in voluntary activity without being harassed) are selling like hot cakes all around the country as politicians are getting tired of Reservation casinos being tax exempt at both the Federal and State levels.

State Taxes are Tricky. Absent an express authorization from Congress, states do not have the power to tax Native Americans living on a reservation whose income is derived from reservation sources.

Consider that 5 of the last 6 brick and mortar casino openings in the US were outside Nevada and Atlantic City, and 4 of the next 5 scheduled openings will also be outside those areas. The gambling market is opening up in the US, and it’s really squeezing the old guard. Not yet in Las Vegas because it is still an international destination, but very much so in Atlantic City.

When politicians start counting their chickens before they hatch in counting tax revenue from the gambling industry, they do it because they do not understand the basic economic syllogism that consumption does not lead to growth. It leads to consumption. They imagine that allowing gambling will somehow increase tax revenues magically, ex nihilo, as if the money doesn’t have to be siphoned from somewhere else, lowering tax revenues there as a result.

Once again, the only way gambling can increase tax revenue for a State government is if gambling attracts capital from outside the state’s jurisdiction. This is unlikely for New Jersey, even if gambling is legalized outside of Atlantic City. Those who consider going to New Jersey from outside New Jersey to gamble will likely not be any more attracted by a casino outside of Atlantic City than they already are by casinos inside Atlantic City. The possible exception might be a New Jersey casino situated right off Manhattan, which is Christie’s only hope of increasing tax revenue on net to his coffers, and even that will be short lived when New York inevitably fights back to keep gambling revenue inside its own State borders.

As of now, November 2015 is the date being tossed around for a likely voter referendum on statewide New Jersey gambling, which will make the corporate climate in Atlantic City even tougher than it already is.

What we will continue to see is a further homogenizing of the gambling market in the US, bad for the current giants, but very good for the average gaming consumer. State governments will be continually frustrated by much lower tax revenues than they were expecting, but this will not be a sign that gambling is on the decline in America. It will simply be a sign that consumption does not magically increase wealth on net, and therefore does not increase tax revenues on net either.

Let’s close with a little trading advice. The next 3 weeks will be pivotal for money supply numbers. As of last week’s July 10th report, M2 has not increased for over a quarter, looking at the one week average. Over the next three weeks, three of the highest week-average M2 numbers will be off the grid for the quarter. Meaning, if money supply stays stagnant or drops for the next three weeks, the M2 growth rate will see a dramatic drop on the spreadsheet. If that happens, then in 3 weeks’ time you can throw a dart at a chart of US gambling companies, go short wherever it lands and you’ll win on the trade if you cover before M2 growth recovers.