Home / Casino / How to Use MGM as An Economic Indicator 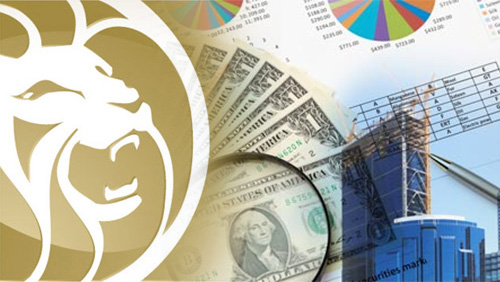 Ludwig Von Mises, the famous Austrian economist who popularized the theory that business cycles are caused by loose bank credit, used the analogy of the master builder to illustrate his theory. According to Mises, an economy under the influence of excessive credit is like a master builder that thinks he has more building materials than are actually available to him. Excessively low interest rates encourage long-term projects using resources that aren’t actually there. He draws up plans for his building with materials that are not actually there. While he’s building, the economy is stimulated by his investment. People are working, capital is moving; a building is being built. But suddenly he runs out of bricks before his building is finished, equivalent to a credit contraction.

The inevitable result is that he has to destroy his building and start over, because the plans were all wrong, equivalent to a depression. Had he planned a building appropriate to the materials available, he would have been able to finish it, but since he has to redraw the entire plan, he has to start over. All of his efforts were for naught, and were simply malinvestment. The boom was an illusion.

In 1999, economist Andrew Lawrence discovered a correlation that brought Mises’ master builder analogy one step further. Lawrence found that the construction and completion of the world’s tallest skyscrapers correlated rather accurately with economic depressions.

In 2005, Mark Thornton at the Mises Institute gave this correlation a Misesian twist, explaining it in terms of Mises’ credit-induced business cycle theory. According to Thornton, huge skyscrapers are funded by massive amounts of bank credit, and therefore their construction and completion can often indicate the peak point of the amount of credit available in an economy. In other words, they are often constructed at the top of economic booms, and following their completion a bust is often immanent.

The Skyscraper Index is not perfect. After all, it did miss the 2008 financial crisis, though construction of the Chicago Spire, to be the tallest building in the United States, did begin in 2008 but was stopped in February for obvious Master Builder reasons. I believe similar logic can be used to add a confirming indicator to Lawrence’s Skyscraper Index. Let’s call it the Las Vegas Index.

After all, skyscrapers are not the only thing that excessive bank credit can finance. Skyscrapers are only an indication that there is a lot of loose change floating around. Excessive credit can easily go into casino gambling. Excessive credit certainly goes into the stock market itself, which is a form of legalized gambling, as we’ve seen with the endless rounds of quantitative easing following the 2008 crash.

But why specifically follow gambling revenues over any other indicator? There is no absolute hard scientific reason as that is impossible in the field of empirical economic testing but heuristically speaking, it makes sense that lots of liquidity leads to people gambling with that money. Nevada was the state  hit the hardest by the housing bust, which does suggest that the gambling capital was disproportionately affected by the credit bubble.

Any CalvinAyre.com reader interested in taking this theory a step further could embark on a nice research project investigating the number of bankers, Wall Street executives, and real estate tycoon money as a percentage of total Las Vegas casino game drop. Since these people are at the top of the credit food chain, a high percentage would be a nice confirmation of the Las Vegas Index.

And indeed, this is exactly what happened in 2008. For this indicator we’ll need to use a company with a strong presence in Las Vegas rather than one that is investing much of its energies in other areas which could negatively affect casino volume for external reasons. The clear pick here is MGM, the number one employer in the city, which focuses most of its efforts on Las Vegas, and therefore can serve as an indicator of economic conditions there. It won’t work for companies like LVS which focuses much of its efforts on Macau. We are using volume here instead of revenue because revenue includes certain chance factors while volume is more objective as to how much money is flowing through the place.

In the next 10Q only three months later, it got a lot worse:

For the sake of comparison, let’s take the 10Q previous (page 19) to the flat volumes reported at the end of 2007:

It is quite interesting, uncanny even, that almost the exact moment of zero volume growth in MGM signalled the top of the stock and the top the 2002–2007 economic boom.

Let me caution before I conclude that economic indicators are not an exact science, as accurate as they can be on occasion. MGM is now actively investing in Macau, which could throw off the Las Vegas Index as competition steps in. Nevertheless, together with the Skyscraper Index, the two are a powerful and plausible connection with bank credit.

Using the three-pronged approach of the Skyscraper Index, the Las Vegas Index using MGM as a proxy, together with money supply growth numbers issued by the Federal Reserve each week, these may be enough data to triangulate when the next business cycle downturn is immanent.

Conclusion: follow the news on the Chicago Spire, keep your eyes on the money supply and watch MGM Las Vegas volume.

Atlantic City Saga is Creative Destruction from Legalization, Nothing to Cry About
Rafi Farber
2 September 2014