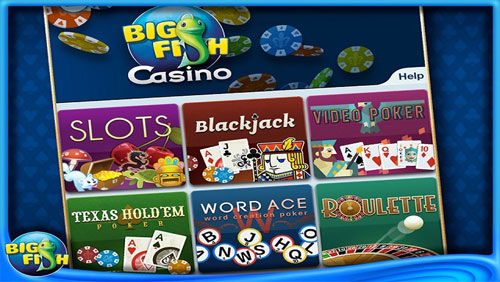 SEATTLE, WA, (July 11, 2014), Big Fish, the world’s largest producer and distributor of casual games, today announced Luxury Slots, a new line of enhanced slot machines found in its top-grossing mobile social casino game, “Big Fish Casino”. Slot games are a big draw for mobile social casinos, seeing year-over-year revenue growth that reached a peak of $648M in 2013 – up from just $48.25M in 2011, according to SuperData Research. Additionally, the market is expected to increase by 68% this year (SuperData Research).

To stay ahead of this curve, Big Fish Casino is bringing to market a new breed of social casino slot game. The first slot to roll out under the Luxury Slots banner is Phoenix Rising, which was launched exclusively today on iOS. In this inaugural slots game, players will find an auto-spin function, rich graphics, fiery animations and a full-screen interface that supports up to 25 lines of winning combinations. Further, the app’s architecture has been completely revamped to support the new features and Big Fish Casino’s largest community.

“76% of our players play slots,” said Carey DiJulio, Big Fish Casino Vice President and General Manager. “The creation of Luxury Slots is in direct response to meeting the demands of our avid slot audience and the rapidly growing market.”

Currently available on iOS, Luxury Slots will be available across all platforms (iOS, Android mobile devices, PCs and Facebook) by Fall.

Founded in 2002, Big Fish is the world¹s largest producer and distributor of casual games, delivering fun to millions of people around the world through its mobile distribution and e-commerce game platforms. As a consistent top 10 top-grossing worldwide iOS publisher and the #1 casual PC/Mac producer of games in the world, Big Fish has distributed more than 2.5 billion games to customers in 150 countries from a growing catalogue of 450+ unique mobile games and 3,500+ unique PC games. Successfully transitioning the company from PC-centric to mobile-centric, the company’s mobile revenues were almost 50% of its overall gross revenue in just under 3 years. Big Fish Casino leads the way and was the only casino game to be named on both of Apple’s 2013 top-grossing iPad and iPhone charts. The company is headquartered in Seattle, WA, with regional offices in Oakland, CA, and Luxembourg.