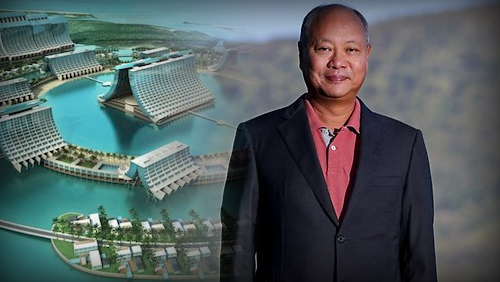 The Australian Competition and Consumer Commission has expressed concern that Chinese billionaire Tony Fung‘s purchase of the Reef Casino Trust would shut down any form of competition between the casino and Fung’s proposed $7.5m Aquis development, leaving customers with a lack of options should they decide to go to Cairns and the Great Barrier Reef for a little gambling action.

Fung’s purchase of the competition also flies against the state government’s mission of creating more employment opportunities and stimulating the economy. There would still be local venues with gambling machines, but only the naive would deem them healthy competition to the massive Aquis resort, which is slated to have as many as 750 gambling tables and 1,500 machines and Reef Casino, which has 38 gambling tables and over 500 machines.

A separate $7 billion bid by ASF Consortium, the Broadwater Marine project, is the only other applicant to come this far in Queensland’s approval process, but it’s not viewed as a direct competitor to Aquis because, well, Cairns is a long ways away from Brisbane (almost three hours by plane and 20 hours by car). So without the Reef Casino holding court as a direct competitor to Aquis in Cairns, Fung’s massive project would effectively have a monopoly in the northern part of Queensland.

ACCC chairman Rod Sims told the Wall Street Journal that an investigation on how Aquis plans to use the Reef Casino will continue. For its part, Aquis has said that it would respond to the concerns raised by the ACCC and is confident that the sale will ultimately be allowed.