This is the third FIFA World Cup I’ve covered in iGaming and witnessing the latest ad creative that’s on show in the UK has got me thinking about how much more developed the industry we work in is now compared to the heady days of 2006. However, a hark back to how we promoted the first in-running World Cup that year shows that not all that much has changed from a marketing perspective.

My memories of working for a bookmaker when FIFA’s travelling circus hit Germany eight years ago centre onexcitement and anticipation of the biggest betting event in history and that’s precisely what it became and arguably still remains, at least proportionally. World Cup 2006 saw bet volume on a soccer event in the UK supersede that of the Grand National and the Cheltenham Festival for the first time. It really was a tipping point but what’s happened since?

To kick things off, it’s important to look at the numbers from the UK bookmaking market, dating back to the first World Cup I was really aware of as a child. UK bookmakers reported £20 million in turnover to accompany Pavarotti, Gazza’s tears and Schillaci’s magic at Italia ‘90. This figure only increased marginally in 1994 with England’s absence and the time difference to most of the matches in the USA. Notably, hosting the World Cup put soccer on the betting map in the States, with most Vegas books compiling odds for the first time on soccer that year. By the time France 98 rolled around, soccer betting was global, with the first online bets taking place—around £90 million was wagered. The first Asian World Cup in Japan and South Korea saw another step change, with broader betting markets entering the fray and £200 million being wagered, despite all matches taking place before midday UK time.

However, it was the event hosted in Germany that saw in-running betting take centre stage, resulting in the £1 billion barrier reportedly being met from regulated bookmaking in the UK. Interestingly—and important for us to notice and examine the reasons why—the World Cup in 2010 didn’t see such a hyperspatial jump. In fact, some sources suggest less money was taken—with timezone being no factor. Forecasts for this year’s rendition in Brazil indicate that we ought to expect turnover to double.

The predicted leap forward for wagering in Brazil 2014 will rightfully be attributed to the advancements of mobile betting, which ought to account for something like 60 percent of all bets going down in the UK market.

With the Point of Consumption tax around the corner, what have we done differently from a marketing perspective to bring home the bacon?

The most obvious contrast to four years ago is the accessibility of betting to the casual punter. Social media has played a significant role in the this, of course, but with regards to the UK market, it is the now inundated post-watershed television advertisement market that has seen betting on football, in particular, sky rocket in the public’s conscience. Continued team sponsorship and in-stadia perimeter advertising has supported this nicely.

But with regards to traditional digital marketing practice, there’s not much difference. Digging through the archives, I’ve been able to unearth some real gems that just go to show that not a great deal has changed in what we do. Here’s something I ran through the affiliate channel in 2006. 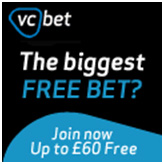 How about this gem from Mansion.com… 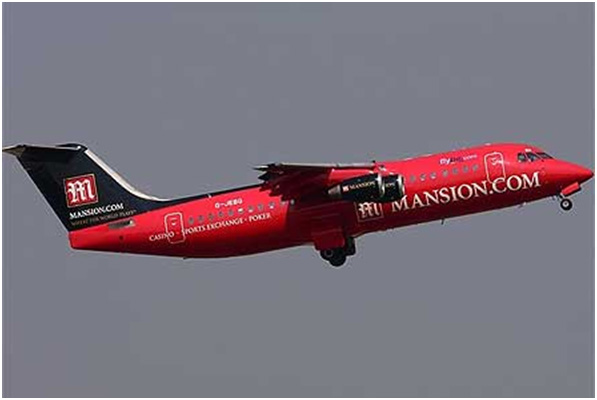 That’s right. They sponsored a plane, flew 50 of their (semi) VIPs to Frankfurt and treated them to the best seats in the house as England took on Paraguay. Nobody does anything that extravagant anymore, not even the likes of Paddy Power, who had to fake this one last week… it fooled many (me included). 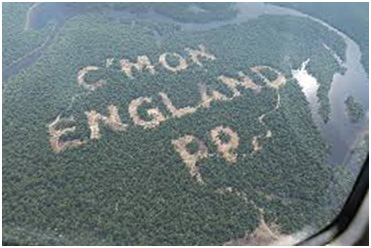 In many ways, marketing online this time around has simplified. Coral’s 2/1 on Brazil wearing yellow versus Croatia in the opening match was a stroke of relative genius—essentially a £20 CPA to start (and keep) you betting with them over the course of the tournament. Ah, and the enhanced free bet. So what have we improved if the ad content and the hook of the promotion aren’t quite as enticing? The answer isn’t entirely simple but in essence, the relationships bookmakers have with customers on an individual level, by segment and collectively,are far tighter. CRM has generally evolved, effective social media use has allowed operators to have more of a personal understanding of their customers and new mechanisms of contacting potential and existing customers are evolving.

Just examine those figures comparing the World Cups in 2006 and 2010.Though and it really is abundantly clear that unlike casino and poker, it is the technology behind sports betting, rather than the way we sell it, that drives market growth. Four year gaps are chasms in the technology space and this time around, the bookies have mobile and in-play singing harmoniously and are set to rake it in over the next fortnight.

Every chance we’ll be able to place bets subconsciously by the time the World Cup in Qatar comes around in 2022 or from the moon, if FIFA President Sepp Blatter gets his way.