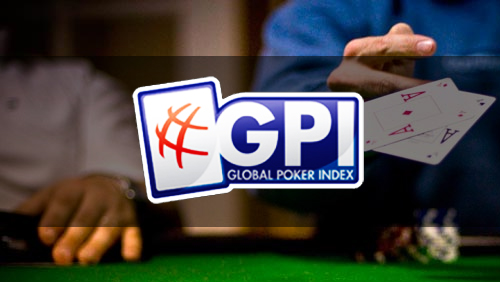 The Global Poker Index (GPI) has inked a deal that will see 10-players chosen from the GPI Top 300, and GPI Player of the Year (POY) leaderboard, to appear as Shooting Stars in the annual Bay 101 event.

What is Alex Dreyfus eating for breakfast?

And I want some now.

This is not a man who sits still. He has ants in his pants. He keeps inching forward everyday, and every man, woman, and Internet whizz kid should thank him, because they will all benefit in the future, rest assured.

The Global Poker Index (GPI) have just announced a brilliant partnership with Bay 101 to put a quite delicious twist on the annual World Poker Tour (WPT) Shooting Stars event.

In the past, Shooting Stars have been hand picked by the WPT Tournament Director extraordinaire, Matt Savage, but this new deal will see 10-players having to earn their right to get shot at.

How do they do this?

Five players will be chosen from the GPI Top 300, and another five from the 2014 Player of the Year (POY) leaderboard, and if selected they will experience a plethora of luxuries such as being flown to the venue by private jet, appearance fees and exclusive VIP treatment throughout the event.

I think this is an amazing idea because the more incentives that you provide, the more important the GPI becomes, and I think the players support is critical if Dreyfus is going to be successful in his mission to take poker to the mainstream.

The only doubt I have in my mind is the omission of the word ‘top’ from the 10 elite picks. After all, selecting five players who are ranked between 200-205 is hardly elite now is it?

This pairing is a match made in heaven, and it got me thinking.

What else could the GPI do to incentivize its players to want to reach the pinnacle of their ranks?

How about taking over the NBC National Heads-Up Championship. 2014 is the first time in its history that the Championships will not take place (expect for the post Black Friday fallout), and perhaps its time for a fresh new approach.

In the past, the competition has received criticism for the method of selecting candidates, so why not just allow skill to determine the line up, by selecting the top 64 players from the GPI Player of the Year rankings?

That’s good television if you ask me.

The GPI have also announced the creation of the GPI Challenger Cup.  A new leaderboard, focusing on the lower end of the poker spectrum, with only points accrued in tournaments with buy-ins below $2,000 being included.

There will be three separate winners: North America, Europe and Asia, and they will be honored at the European and American Poker Awards when they take place in 2015.

“We want the whole poker community, players and industry stakeholders, to work together to bring poker to another level. We need to build new avenues for competition, and create more recognition for players at every level, not only just the very top. The GPI Challenger Cup is built to do exactly this, and do so with the same impartial legitimacy that’s pushed GPI poker’s trusted ranking authority. There’s more surprises coming very soon too, so stay tuned.” Dreyfus said in a press release.