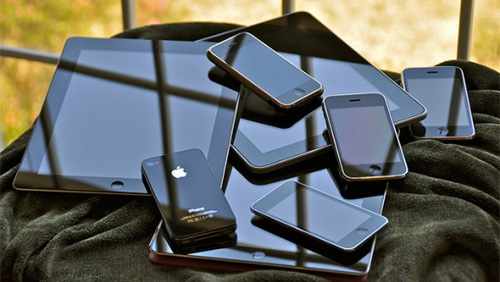 Apple is the most profitable technology company in the world today in large part—thanks to the success of its iPhone and iPad products. Part of that success can be attributed to its use of the legal system to enforce patents against competitors like Samsung, which Apple won a $1 billion by judgment. “Samsung must play by the rules,” Apple said in its original filing against Samsung for infringement of the iPhone design back in 2012. “It must invent its own stuff. Its flagrant copying and massive infringement must stop.”

Now a patent office panel’s agreement with those principles with regard to Apple’s FaceTime video chat software could end up costing the tech giant far more.

A 2012 decision in the U.S. District Court in Eastern Texas, known for its friendliness to patent trolls, ruled that FaceTime infringed on four virtual private networking patents held by VirnetX, a patent troll that has taken on well-known tech companies in the past for infringing on patents that it bought from other companies. The District Court judgment awarded more than $368.2 million to VirnetX for FaceTime’s infringement on patents covering work originally done by Science Applications International Corporation. Apple immediately appealed the decision, taking the case to the Circuit Court. Then, in March of this year, a District Court judge slapped an additional 0.98 percent royalty on all iPhones and iPads sold in America atop the original judgment.

Those numbers are the kind of jackpot that patent trolls’ business plans are all about. Even though Apple’s business is mostly in manufacturing, it knows this well because it’s used the same tactics in an anticompetitive manner. As a patent office decision released late last week show, the same willingness to go outside the bounds of competition against those in its own industry apparently extends to its courtroom maneuvers against the companies who try to enforce their own patent holdings against Apple.

A 2011 law, the America Invents Act, reformed the patent appeals process and created a process called an inter partes review (IPR) to reduce the time and expense of patent trials. Apple was denied the right to an IPR because it already had its arguments about FaceTime’s differences from VirnetX’s software patents heard in court, but two other companies requested IPR hearings against VirnetX. One, a holding company called New Bay Capital, eventually withdrew its request for 10 percent of the $368M judgment back in April. The other is RPX andsaid “Its business of “Defensive Patent Acquisition” is designed to reduce patent risk for our clients by removing the threat posed by potentially problematic patents. We do this in two primary ways: by purchasing patents and patent rights preemptively in the open market, and by acquiring assets as early as possible out of active litigations.”

As ArsTechnica reports, the IPR panel of judges that heard the case found that RPX used the same law firm and expert that Apple had used and filed an identical petition to Apple’s, essentially serving as a proxy for Apple in the IPR process for $500K. With the gamble on heading VirnetX off at the pass now failed, a win on appeal, either against the royalty rate or the original 2012 judgment itself, is the only thing stopping VirnetX from collecting a huge payday at Apple’s expense.

There’s plenty of poetic justice in this case and not just Apple being taken down by the same tactics it used against Samsung. The iPhone maker, which has profited handsomely by creating devices that can be bugged by the surveillance state even when they’re turned off, is on the verge of losing vastly more money than it won from Samsung to a company attacking it with patents covering work originally done for the Central Intelligence Agency.

A win for the trolls wouldn’t really put a dent in Apple’s value, particularly at a time when the company is splitting its stock to appeal to a broader spectrum of investors eager to get in with the biggest tech company in the world. But it would give completely unprecedented rewards to a company whose entire value rests on its ability to game a rickety American legal system that was never designed to handle the kind of problems thrown at it by modern technology. That makes it hard to be pleased with just how right it feels for Apple to have its ass handed to it over spurious litigation.

Patent trolling harms innovation in the United States at a time when the country needs every edge it can find to remain competitive with growing economies around the world. And that makes rooting Apple to win on appeal; no matter how harmful the company’s own anticompetitive practices have been in the past, the least offensive option for anyone paying attention to the case. The chances of that don’t seem too strong right now, given that VirnetX has successfully enforced the same patents in court against Microsoft. But when it comes to American courts, anything is possible until the final judgment has been handed down.