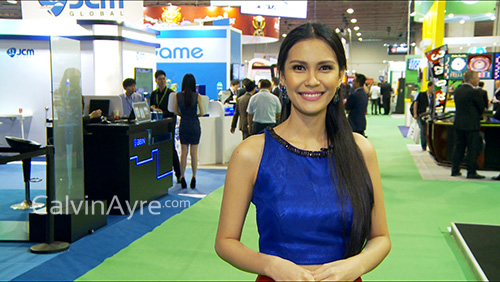 It was the third and final day of the 8th annual G2E Asia conference at the Venetian Macau.  The theme of the sessions on day three was iGaming with speakers of various expertise talking on several topics surrounding Internet gambling in Asia.

Rosalind Wade, a big proponent of the inclusion of iGaming at the conference was the master of ceremonies for the day. After she opened with some words on the industry, she introduced the first session of the day.

Know the Rules: State of iGaming Regulation in Asia

The group ran down the current regulatory situation in the region. There is nothing happening in Macau as neither the government nor the operators have shown any interest. Hong Kong has a strong stand against Internet gambling. Malaysia makes no mention of Internet gambling in their legal code but they make no effort hinder or encourage the practice. As we’re well aware, the Philippines is the only country in the region that has a regulatory body and China outlaws gambling and the promotion of such activities.

Bob Stocker talked about the problem with many of the regulators saying they are mostly ex-cops who’ve spent that last 20 years assuming people are lying to them. He said that wasn’t the most positive way to go about things, as regulators need to understand Internet gambling and need to trust the experts who can teach them.

Brenninkmeijer said the Macau government and the casinos should act to regulate online gambling before there becomes an obvious need to regulate but Stocker didn’t expect anything because land based gambling is still clicking along. Although Stocker admitted that as the 20-somethings mature, iGaming will come.

Rod McAlpine touted the regulation quality of the Northfolk Island Gaming Authority; he also had positive words about the Isle of Man.

There was a brief discussion of whether the junket model would work for online gambling. In their current form, junkets are becoming more than just facilitators of gambling; they are trusted advisors and the panel envisioned a transition to more of an online gambling affiliate-style relationship where they earn a piece of the players’ action.

Stocker reiterated his cop analogy and the importance of regulators to not overstep their roles. He said they should focus on the right things, like making sure the games are honest and the operators have the money to pay winners but some regulators lose sight of that.

When asked if land-based regulators are ready to deal with online gambling, Brenninkmeijer said no. There is a steep learning curve and it’s imperative for regulators to get up to speed because Internet gambling is already happening and it can’t be stopped. He hopes that China takes the lead in the region, as they are better prepared than the rest.

McAlpine reminded his other panelists that Internet gambling operators don’t need to be based in Asia to serve the Asian market, touting the benefits of the Isle of Man and his own Norfolk Island Gaming Authority.

Counting on Convergence: How Land-based, Online and Social Gaming Work Together

The next session discussed the convergence between land-based casinos and online operators and how social gaming can fit into the mix.

Connolly discussed Bally’s findings in Europe. Traditional casinos weren’t looking to get online licenses so it gave the Internet-only providers an avenue to excel, whereas in the USA it’s been the traditional casinos getting the interactive casino licenses. Connolly brought up an interesting point about social gaming, citing a report that 84% of people who spend money on social games have visited a traditional casino in the last two months.

Pettemerides had issues with the cited report as it focuses on the restricted US market; given the option to gamble real money at an online casino, those social gaming players would choose real money gambling over social gaming.

English said social gaming will be more viable as mobile picks up. When Betfair’s mobile live betting became available, 60% of their players converted right away. Betfair hasn’t focused its attention on social games but they are looking at it. They’ve found more success with fantasy sports and well planed bracket contests.

Discussing the Asian bettor, La Torre said mirroring content between the live casino and the online casino was optimal. Replicating the experience with live dealers online is succeeding. He even suggested that land-based casinos should have a visible studio on their casino floor to create interest in online gambling once a player returns home from the casino.

Connolly was asked about Bally’s technology and why it wasn’t more widely adopted by the newly licensed casinos in New Jersey. He said he was disappointed but that time will tell as he feels the casinos that signed their deals with European online operators signed away too much and it will severely hinder their profits.

The group was asked to define social gaming by an attendee. After several failed attempts, Pettemerides said “simply put, it’s money in and no money out.” The response put smiles on the faces of the operators in attendance.

Asked if it would be profitable, English said he wouldn’t run out and buy a social gaming company. Pettemerides said they are effective in tightly regulated markets but take time to build up.

The speakers gave some closing advice to the audience. Pettemerides said be creative within the regulations and engage your customer. Connolly implored companies to find and follow through with their strategic advantages. English said know your target and that mobile is the future but the best line come from La Torre: “The Internet is everywhere, there is no cannibalization of the casinos. It’s time to stop flirting and make a commitment.”

The panelists opened the discussion with talk of the 2014 FIFA World Cup. Leppo and Grinneback agreed that the World Cup is important, but said all operators will get lots of traffic and make lots of money during the event. The real focus should be on keeping those customers playing long after the World Cup is over.

There is a focus on getting Asian bettors off the Asian Handicap, which traditionally means very low margins for operators. In-running bets have been a huge boom for operators and cushion the blow of the low AH margins. Grinneback wouldn’t give specifics but said that in-running bets now account for over half of his cmopany’s action.

Leppo said his company is focused on marketing parlays and accumulators to bettors, even offering a 5% bonus on multiples that are realized after the bettor wins.

Nunez raised the specter of match fixing, even in the World Cup. It wouldn’t be done on the outcomes but on prop bets such as most corner kicks, etc. He admitted that they haven’t been able to stop match fixing but they’ve been able to raise awareness of the problem, noting three years ago it wasn’t discussed but now it’s a regular topic.

The group also discussed the importance of casinos offering sports betting and sports betting sites offering casinos. They are seeing a growing segment of online slots players as the Asian customer begins to trust the software and games more.

On the subject of poker, Jung talks about his PokerStars pedigree and helping build the market for the game. It’s growing immensely, yet they still have trouble getting poker in casinos as it might take 100 poker tables to match the profits of just one VIP baccarat table. He touted the fact the game is growing on the mainland. While poker in Asia only accounts for 7-8% of the global market, it’s expanding while other regions are shrinking.

Discussing the role of regulators in the sports betting market, Leppo gave an answer as only a former New York bookie can: “You can’t police this; with technology people are going to find a way.” Leppo added that regulators are just there to collect and impose taxes.

Grinneback smiled and just answered, “I respectfully disagree.” He said having a proper regulator helps build trust in the brand and offers a unique selling proposition over poorly regulated operators.

The day closed with a talk about Bitcoin and other Crypto-currencies.  It was more of an education session for those still unsure about what Bitcoin is and how it could be integrated as a payments option.