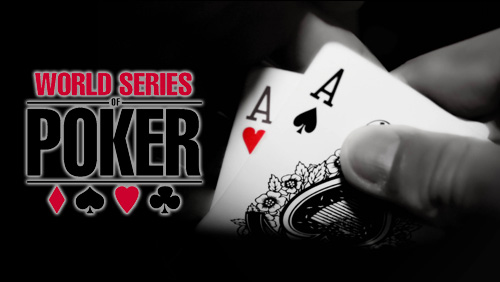 Amateur poker players have been coming to the World Series of Poker since pretty early on its history. While we remember many years at the WSOP by the exploits of name pros, there’s a long tradition of some of the biggest splashes being made by amateurs who never earned another bracelet again. Here’s a look at the WSOP’s top one-hit wonders.

The WSOP has been the most prestigious title in all of tournament poker since it invented the game back in 1971. Up until 1979 it had been won by a known poker pro every year, all of whom were subsequently elected to the Poker Hall of Fame. But that year an amateur claimed victory for the first time – and, in doing so, set a template for taking down the game’s biggest names on its biggest stage.

Hal Fowler was the original WSOP one-hit wonder. An amateur player from California who worked in advertising, he was one of the only players in the field of 54 that year that nobody in Las Vegas knew. Somehow he made his way through to the final table where the lineup included past champions Johnny Moss and Bobby Baldwin, along with highly regarded cash game pro Bobby Hoff. While they all played the game at a professional level, Fowler made bizarre plays and moved forward through the final only thanks to amazing luck. He eventually won the tournament, cracking Hoff’s aces by hitting a gutshot straight draw.

Hoff and fellow final tablist Crandall Addington told author Des Wilson, in his book Ghosts At The Table, that Fowler had been using Valium and amphetamine pills, which some people have taken as an explanation for his strange play. (Hoff himself told Wilson that he would take two lines of cocaine when he woke up in the morning.) Poker pro and strategy author Ray Zee >said a few years back, though, that Fowler never seemed stoned and was in fact “a very nice person.”

Fowler’s $270,000 win was the biggest in tournament poker history at the time. Ray Zee said that Fowler came back in 1980 but eventually ran into Stu Ungar, who “started calling him names and insulting him for not playing in the big game.” Not wanting to look bad, Fowler left and never came back. Doyle Brunson told ESPN back in 2009, “I’ll say this for Hal: He always conducted himself in a gentlemanly manner and I always respected him for that.”

In 2002 Robert Varkonyi, an MIT-educated amateur poker player, won the WSOP Main Event and with it a then-record $2,000,000 prize. Among poker snobs, he is regarded as one of the worst players ever to win the Main Event. But the hatred is hard to fathom because there’s nothing remotely assuming about the man.

Varkonyi says that he’s not even the best player in his household, telling Bluff Magazine back in 2009 that his wife Olga, whom he taught to play in 2002, “is really the player in the family.” Even though he’s never made another WSOP final table, he has continued to play over the intervening years, making seven more tournament final tables and winning an event at the Venetian in 2010. And he handled an inane intrusion by one of the game’s biggest names with grace.

Immediately after Varkonyi won he should have had his moment in the sun as the new world champion. Instead, after a brief interlude to greet his wife and celebrate the moment together, he sat by as the loudmouthed and self-important 1989 Main Event winner, hogged the spotlight. The amateur had knocked Phil Hellmuth out of the tournament on Day 3, prompting the steaming past champ to crow to ESPN’s cameras afterward that he would shave his head if Varkonyi won the tournament. Almost immediately after being presented with his winner’s jacket, Varkonyi was given clippers so he could shave the Poker Brat’s head for ESPN and the audience at home. Hellmuth was the center of attention and Varkonyi handled it with grace (though shaving Hellmuth’s head would probably be fun for just about anyone with a sense of justice).

In one sense, 2003 WSOP Main Event winner Chris Moneymaker could probably be considered the ultimate WSOP one-hit wonder. After all, the ESPN broadcast of his win became iconic overnight and helped to kick off the poker boom, and he’s never again made another WSOP final table. But unlike the other big WSOP one-hit wonders, Moneymaker has actually proven himself to be a highly skilled tournament poker player.

Of the three players on this list who are still alive, Moneymaker seems the best bet to once again win a gold bracelet. He’s still relatively young at 38 years old, and his track record since his big win is far more impressive than the others’. Moneymaker followed up his world championship run by finishing second in the WPT Shooting Star at Bay 101 in California, then bubbling the final table of the WSOP $5,000 Pot-Limit Omaha event that same year.

Since then he was won tournaments in Australia, Tunica, Monte Carlo, and St. Louis, with the most recent of those coming just two months ago. In addition he has made 11 other final tables, plus a runner-up finish in 2011 NBC National Heads-Up Poker Championship and an 11th-place finish in the 2011 PokerStars Caribbean Adventure Main Event. There’s still a lot of poker for him yet to play, and with more gold bracelet events every year that means he’ll have plenty of chances at a second bracelet.

In a lot of ways, 2006 WSOP Main Event champion Jamie Gold was the Hal Fowler of the poker boom era. He came from California and was a complete unknown in Las Vegas. The prize he won was the largest in tournament poker history at the time, just as Fowler’s $270,000 win was back in 1979. He benefited from great cards. And though he has made some appearances at tournaments, Gold mostly faded from the poker world.

But where Fowler’s reasons for leaving poker were ultimately unknown, Gold’s reasons were very clear. His buy-in was paid for by Bodog on the condition that he recruit celebrities to play the tournament. He then reached out to Crispin Leyser for assistance in landing said celebrities, offering Leyser half of his winnings, should he cash in the tournament. Whoops!

After winning the $12,000,000 top prize, Gold attempted to back away from his deal with Leyser, who lawyered up and eventually received an undisclosed settlement from Gold that was good enough to see him drop the lawsuit. Gold’s conduct was what separated him from Fowler, who left the game with people’s respect for him intact. A pall still hangs over Gold’s name in the poker world. He has cashed in more tournaments over the years but never for more than five figures. And he hasn’t come within a sniff of WSOP final table since running over the biggest live tournament field in history.