Home / Press Releases / What effect will UK education boost have on business? 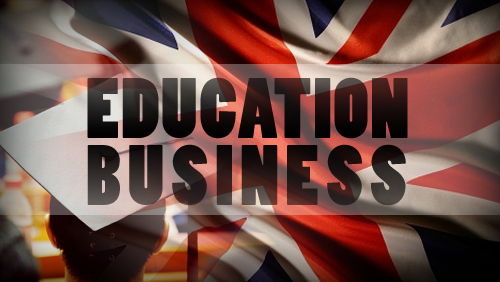 With the news that the UK ranks second within Europe in education, a young entrepreneur states that his college education was enough to prepare him for business.

In the recent report for Pearson Education, the UK ranked as sixth worldwide in the highest performing education stakes; after a cleanup from Asian countries, such as South Korea. Within Europe, the UK education system is outdone only by Finland. This new information supports the holistic approach to education, wherein it is the responsibility of the parents, learners and teachers to achieve learning. With that said, is it really important for British youngsters to progress to higher education?

Michael Walmsley, a young entrepreneur at the age of 23 who directs the company behind launching the bingo brand Lucky Rainbow Bingo doesn’t think so. He said “Opting to finish my education at HND level and gain industry experience was the best thing I could’ve done. I sold two companies before most people go to University.”

Having hewn a career in digital marketing and creating online SMS sending software, the young man has seen success without the crippling outlay that attending university bestows on a broke youth. “I did learn a lot through my HND in ICT, but when I was offered the opportunity to stay on and convert it to a degree, I just wanted to get out and put everything I’d been learning to good use.

And a good use it was. Mr. Walmsley created Send Media: his email marketing company who send email marketing on behalf of some of the country’s biggest names in Bingo: Gala, 888, Sun Bingo, Costa Bingo and many more. From this experience of working with big name companies, Michael was offered an opportunity to launch his own bingo company.

Since the country began its rapid restorative rise from recession this year, there has been a sharp upward shift in online bingo throughout the UK. Walmsley said, “I wanted to create exciting new bingo games to keep the public interest.”.

“Not going to Uni, and making my own career was the best decision I could’ve made”, said Walmsley who believes that other young people should design their own futures. “Studying at higher level is getting so expensive, but if people are utilising the skills of enterprise they are taught in schools, hopefully we will see more successful businesses like Send Media and Lucky Rainbow popping up and empowering young people to believe in themselves.

http://www.LuckyRainbowBingo.com is set to launch in the summer months with at least £125,000 of his own capital being invested by Mr Walmsley in marketing to give the new brand a fighting chance at becoming the UK’s next biggest online bingo brand