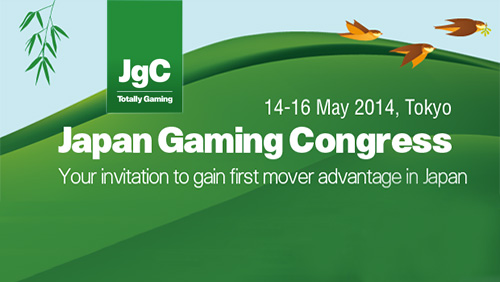 Each year there are a huge number of gambling conferences taking place throughout the world focusing on various regions and niches.  Not very often do we find an event that is critical to the development of gambling legislation within a country like Japan, a country that has billions of dollars to yield as revenue.

Some think that Japan will overtake Singapore as a gambling hub and that the country’s first integrated resort (IR) will produce ten billion dollars in revenue.  Ten billion dollars!  The other shocking number is that pro-casino groups and business leaders have been pushing gambling regulation for ten years and now we’re finally seeing some movement.

Clarion identified that the time is right to introduce the gambling industry to the opportunities within Japan and organized an educational congress in Tokyo May 14-16.  The individuals that plan to attend this event have the power to change the gambling landscape in Asia once Japan’s gambling industry is up and running.

Rory Credland, Clarion’s Senior Producer responsible for delivering Japan Gaming Congress (JcG), spent some time explaining to me the importance of this event and the potential that the Japanese gambling market has to offer.  After speaking with him, I extracted seven reasons why I think this event represents a game changer for the gambling industry.

1)The timing is right

At present gambling is not regulated in Japan, but the wheels are finally turning and now is the time to get involved.

“Last December was a key milestone in the legislative process,” Credland explained.  “The ‘promotional’ bill was submitted which meant that casino legislation would be discussed at the next DIET session. It is now my understanding that it will be debated/discussed amongst the wider government political parties during this session, likely to be mid-May/June”.

The opportunity to influence the direction of regulation in Japan is right now and its also time to initiate conversations with potential partners and start shaping a strategy for entry into the Japanese market.

“We recognised that Japan was thinking about taking a significant step toward legislating casino.  With Japan at the early stages of implementation knowledge is key and we wanted to be able to bring industry experience to Tokyo to help educate government officials and local business on legislative casino framework”, Credland explained.

Credland’s team has done a good job of inviting both international gambling companies and local companies to the JgC with the intent of facilitating partnerships and valuable networking.

4)Lots of money at stake

What I find most surprising about the Japanese gambling market are the revenue projections- for example, experts are claiming that the first Integrated Resort could generate a whopping ten billion in revenue.  This impressive number aside, the opportunities for revenue should expand beyond the giant integrated resorts of the world.

“It has been said that [Japan] has the potential to overtake Singapore and become the second largest casino hub once it becomes fully operational.  Added to the fact that the prefectures want to get involved, I think Japan will become a viable option for large and medium sized players in the casino space”, Credland said.

A good sign of a promising market is when all the big players are looking to get a piece of it.  The big Vegas and Macau brands are looking for their slice of Japan’s market as are other large companies within Japan that are outside of gambling.

“Major players are likely to come from LVS, Wynn, MGM, Solaire and Galaxy but also the likes of Caesars who may go after the smaller prefectures”, explained Credland. He added, “Locally it is interesting to see companies outside the gambling market such as Lawson Inc and Suntory (Japan’s second-biggest convenience store chain) want to get involved – clearly the prospect of high returns is attracting high-profile corporates in Japan”.

Macau is currently the breadwinner of Asia (and the world) when it comes to gambling but some think that Japan’s regulation of gambling could impact business in Macau.

“A lot of the VIPs in Macau originate from Japan”, explained Credland. “One would think that these would now migrate towards their local casinos, however, I think the marketing teams of the successful casinos licensee will have their work cut out at the start”.

Credland’s right and I also think it will be interesting to see what strategies the big boys in Macau employ to try and to keep their Japanese VIPs.

Access to influencers is always a good thing and the JgC has attracted influential speakers ranging from the Japanese government to CEOs of massive American casinos and other big name companies.  Exchanging a few words with any of these high profile speakers could impact your business and visa versa.   Three speakers that Credland pointed out as truly exceptional are:

·         Toru Mihara, Director, The Institute of Amusement Industry Studies, Osaka University of Commerce – one of the key drivers of the casino bill and pro-casino member

Credland was also delighted to reveal that he’s secured Japanese government representatives to deliver the keynote presentation.  “It is rare that we have been able to get three talking on the subject so I am excited to hear their viewpoints”, he said.  These representatives include:

We’re all looking forward to what comes out of the JgC this month and to when gambling is finally regulated in Japan. We have the 2020 Olympics coming up and until then its going to be very interesting to watch the race for the first license (Sands Corp., according to the CalvinAyre.com poll) and what companies emerge as the big players in this market.  Full speed ahead, as they say.