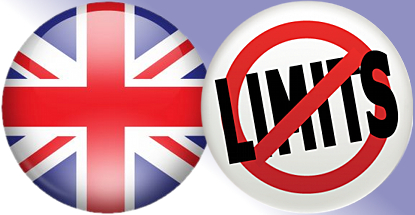 Despite an underwhelming Q1 report card, shares in UK bookies Ladbrokes rose nearly 7% on Wednesday to close at 153.3p. This seemingly irrational exuberance was likely the result of the UK government finally confirming its plans to address the spread of betting shops and their damnable fixed-odds betting terminals (FOBT). (We’re getting bored with everyone calling the machines the ‘crack cocaine of gambling,’ so from now on we’ll call them the ‘salted peanuts of gambling.’)

On Wednesday, gambling minister Helen Grant confirmed that the government would introduce a “smaller planning use class containing betting shops.” This would force betting shops to file a planning application rather than simply moving into premises formerly occupied by banks, building societies or estate agents. Planning permission would also be required for restaurants and pubs looking to convert their premises to bet shops.

As for those salted peanuts, the government isn’t planning to lower the maximum £100 wagering limit on FOBTs. Instead, Grant said the government was looking at a scheme that would require players wishing to play on a machine offering stakes over £50 to either utilize a pre-funded account or load cash over the counter with bet shop staff. This “sensible and balanced approach” will allow players to continue to enjoy the machines while “ensuring greater opportunities for supervision and player protection.”

The UK Gambling Commission intends to launch a consultation aimed at requiring FOBTs to allow players to preset limits on the time and/or money they wish to spend. The Commission is also pondering mandatory requirements for the machines to periodically insert pauses in play and alert customers as to how much money they’re spending. The government expects the changes to be implemented in October, giving it enough time to prepare the necessary impact assessments and regulatory measures.

William Hill CEO Ralph Topping called the government’s proposed recommendations “a balanced response” but Irish betting operator Paddy Power is already protesting the bet shop planning changes as “wholly unnecessary and will reduce competition in the sector.” In January, Paddy’s head of retail Andy McCue got into a public dustup with Topping over the issue of curbing new bet shop openings, which McCue suggested favored operators like Hills and Lads, each of whose retail presence surpasses Paddy’s by a factor of 10. Much like Lads, Hills shares gained 4.5% on the day while Paddy Power fell nearly 1%.

The Paddsters believe the increased public scrutiny and the government’s recent decision to boost the machine games duty on FOBTs has already led to betting operators announcing shop closures, rendering new planning rules unnecessary. On Friday, Hills announced the closing of 109 shops while Ladbrokes had previously announced its intention to close 50 shops this year and CEO Richard Glynn said Wednesday the company would “inevitably review further shop closures for 2015.”