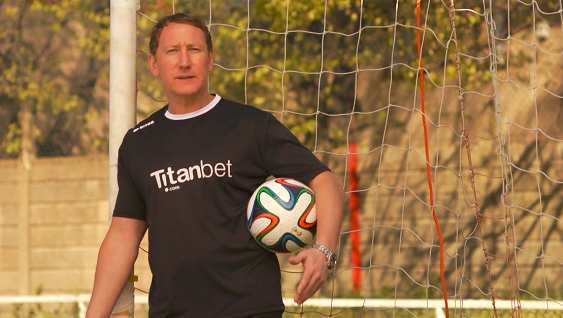 Get $5,000 by helping Titan Bet find one lucky fan to cover the football action in Brazil

London, 29 April 2014 Euro Partners’ sportsbook, Titan Bet, is offering one lucky sports fan the chance to fly to Brazil to cover the biggest football tournament on the planet. But there’s also something in it for affiliates – whoever refers the chosen candidate to Titan Bet will be rewarded a cool $5,000.

Getting people interested in the position is simple and it’s not surprising why. The candidate who earns the world’s best job will be handed return flights to South America, hotel accommodation, and a month’s salary of £4,000. They’ll also be given travel expenses and a whole host of other goodies as they jet from city to city, taking in the sights and sounds of the month-long sporting carnival.

In return, the lucky employee will write blogs and tweets while snapping selfies as they samba along to the action.

Euro Partners Spokesperson Robin Becker said: “Brazil is the only place to be this summer and we’re sure we’ll be inundated with offers from people wanting to join the team.

“What football fan could refuse an all-expenses paid trip to the heart of the action with sunshine and soccer on the menu for a whole month?”

Titan Bet have teamed up with former Arsenal and England star Ray Parlour, also known as the Romford Pele, to help launch the recruitment drive.

He said: “I had a great job as a professional footballer, but this gig takes some beating. I wish someone would pay me to go to Brazil for a month!”

All applicants need to do is create an entertaining video of one minute or less duration explaining why they should be given the dream job. The uploaded videos and all the information about the promotion appear on the official Best Job in the World website: http://www.titanbet.com/best-job-in-the-world.html