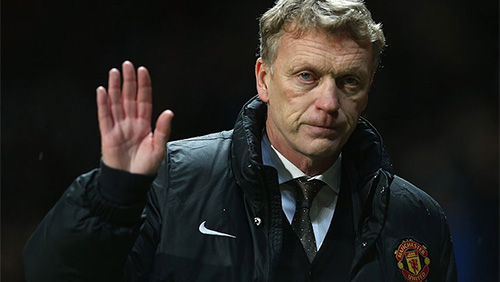 Manchester United sack manager David Moyes after less than 10-months in charge of the biggest club in world football.

What a difference 10-months make.

Jobs for life are a rare thing indeed but turn the clocks back 10-months and David Moyes position at Everton was about as rock solid as you get. 11-years at the helm and with a strong reputation, Moyes could be forgiven for enjoying life.

Today he is looking for a new job after being sacked by a club that turned out to be too big for the Glaswegian. A six-year plan that has been burnt to a crisp before anybody even worked out what it looked like.

The decision to sack Moyes is the death knell for long-term management plans. There is no patience in the game anymore. You will never again see a Premier League manager rack up 26-years at a club. You’ll be lucky to find a manager who makes it to year five.

And yet you will be hard pressed to find a reason to be patient with the appointment of Moyes. It’s not as if the team is hurtling towards the final few games with some hopefulness.

United are seventh in the table and 23-points behind their archrivals Liverpool. They are on course to collect a measly 63-points (over 25 points worse off than the two previous seasons), they failed to qualify for the Champions League for the first time in 18-years, went out of the FA Cup at home against Swansea, lost a two legged Capital Cup Semi Final against the woeful Sunderland, and may even fail to secure a place in the Europe League.

There is no patience with a score sheet like that. Only a stark realization that Sir Alex Ferguson picked the wrong man. It doesn’t happen often, but there will never be a more expensive mistake than the one the great man made when he selected a man who he thought was cut from the same rock.

“A man of great integrity and, with a strong work ethic.”

That’s what United said when they appointed Moyes last summer. Qualities that are endearing, but they do not include the ability to motivate and inspire. David Moyes biggest mistake was to cut away the heart of United and replace it with 10 of his own staff from Everton. It was like placing the heart of a dog inside the body of a lion.

It was bad enough learning to go to work every day without seeing Ferguson. But to have a brand new face in virtually every position? That’s one helluva make over.

After losing 11 out of 34 league games, and 10 out of their last 22 in all competitions, United fans are no longer surprised when they travel to Goodison Park and get turned over.

The fact that United have managed to turn in the worst defense of a Premier League title since Blackburn in 1995/96 just goes to show how great a manager Ferguson actually was. There is no way a team can become so technically inept, so lethargic and so lifeless in just 12-months. Proof personified that the talented motivational skills of Ferguson were second to none.

Moyes won’t be joining the dole cue though.

His six-year deal entitles him to a 12-month severance package worth £4.5m, and his ticker will be thanking the heavens that it can stop pumping so hard.

There are many people who believe this distrastrous stint in charge of the mighty reds spells doom for the future of Moyes, but I believe otherwise. We all go through tested times, we all screw up, and most of come through it a stronger and more improved human being. The same will happen to Moyes.

So what next for United?

Ryan Giggs and Nicky Butt will take charge of the next Premier League game against Norwich, and Giggs is being cited as a possible successor to Moyes, but it’s too early for the man who is still flying down the wing whilst most of his peers are moving into soccer punditry.

There is only one man for this job and that’s Jurgen Klopp.

Go get him United.