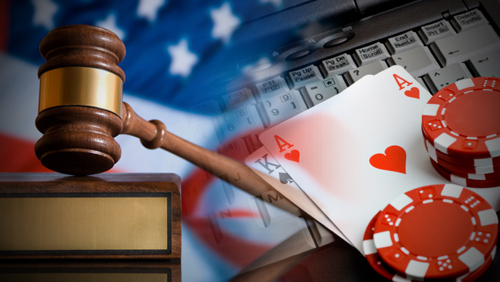 Sheldon Adelson’s promise to spend all the dollars to ban online gambling took a step forward this week. House Resolution 4301 and Senate Bill 2159 were introduced on Wednesday with identical titles. “A bill to restore long-standing United States policy that the Wire Act prohibits all forms of Internet gambling, and for other purposes,” they’re called, bucking the longstanding trend in Washington of making sure there’s an easy-to-remember acronym for every big law. There’s currently no text available for either bill at the Library of Congress, though presumably there will be before the bills are heard before the House and Senate Judiciary Committees. The House bill currently has nine co-sponsors and the Senate bill currently has two co-sponsors, one from each party.

The key factor in favor of the opposition here is that the path from bill to law for this proposed return to the old Wire Act policy is far from guaranteed. This isn’t 2006, when GOP control of the entire government allowed them to slip the UIGEA into a must-pass bill and bypass all the consensus-building that had scuttled previous attempts to ban online gambling. The current co-sponsors together make up about four percent of the total votes needed to pass the bill in both the House and Senate. And though the bill’s legislative sponsors and Adelson’s coalition are trumpeting the fact that Republicans and Democrats both are counted among its supporters, the numbers are so lopsided that these claims can’t be taken at face value. Both of the bills’ sponsors, Lindsey Graham of South Carolina and Jason Chaffetz of Utah, are Republicans. The three Democrats who have publicly signed on so far are Reps. TulsiGabbard of Hawaii and Emanuel Cleaver of Missouri and Sen. Dianne Feinstein of California. The other seven co-sponsors spread between the House and Senate are all Republicans. Claims of bipartisanship right now are vintage Adelson bluster at its finest.

Normally there would be at least some uncertainty as to whether the bill would ever clear committee in the first place, since more bills die here than make it out. But with UIGEA frontman Rep. Bob Goodlatte in charge of the House Judiciary Committee, and Feinstein and Graham both serving on the Senate Judiciary Committee, that’s not going to be much of an issue. Adelson has chosen his pawns well in this regard. The upside for the opposition is that it’s going to be more difficult to ram the bill through the Senate, where fair hearings on such a contentious issue are likely, than it is with the prohibitionist Goodlatte running the show in the House. Fair hearings means there is more chance of the bill failing or at least being subjected to amendments.

The easiest route the bill can potentially take to the president’s desk is to survive, unamended, a vote of the full House and a vote of the full Senate. This doesn’t seem particularly likely because states’ rights have been cited both by representatives who have already staked out both sides of the issue. Its House sponsor, Jason Chaffetz, is from Utah, where all gambling is banned, and he says he wants to protect his state’s right to maintain such prohibition. On the other side, the Democratic Governors Association has already sent a letter to Congressional leadership saying that the bill “is unworkable and it must be defeated,” citing their states’ rights to use gaming as a revenue stream to pay for education social programs.

Both sides claiming the same authority isn’t a blueprint for an unamended bill to clear two houses of Congress. Chaffetz has said already that there will be no carve-outs for poker in the House bill, but both Nevada senators, Harry Reid and Dean Heller, have made it clear that they see working a carve-out for poker into a Senate bill as one of many potential paths forward for this legislation. Lindsey Graham doesn’t have the same kind of leverage to prevent amendments in the Senate that Chaffetz does in the House, so a conference committee between the House and Senate would be required to reconcile the differences between the bills before sending a final version to the president for his signature. At that point Barack Obama, the Democratic president, would have to sign the bill – and only then would it become law.

The supposition for all the above analysis is that the bill passes both houses of Congress in some form or another, but there are plenty of real potential roadblocks to stop that passage. Hearings in the Senate Judiciary Committee aren’t going to be a clown show, and the already functioning online gambling industries in Nevada, New Jersey, and Delaware will be well-represented at them. Consumer advocates are likely to speak up as well, since they don’t view American gamblers as less deserving of protection than the customers of other industries. And the Senate Majority Leader is from the state where the number-one proponents of online gambling do business, making his approval all but required for the bill to clear the legislature. For Sheldon Adelson to get what he wants with no exceptions, either Nevada’s senior senator will have to turn his back on the American Gaming Association, or the AGA will have to turn their back on online gambling, or Senate Democrats will have to turn their back on their leader.

Even if those obstacles are overcome and the bill makes it to the president’s desk, the part where he goes down in history as the president who ended Internet gambling in America is pretty hard to envision. He has been continually under siege by Republicans from the moment he entered the White House and any time he has given him something they want, they fail to give anything in return. The words of Democratic governors around the country and the representatives from their states, many of whom have campaigned for him in the past, are likely to carry a lot more weight with the president than the moralistic demands of a party whose sole purpose since January 2009 has been to oppose every move he makes. It’s not the president’s job to sign every bill that comes before him, so Obama would be under no obligation to sign a bill banning online gambling. And with no re-election to worry about, any potential concerns about how it will affect his popularity would be virtually nil. Finding the math that turns those factors into a presidential signature is a job for Sheldon Adelson’s accountants, because I can’t make it work.