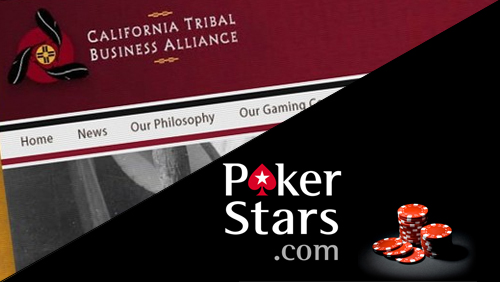 Californian Indian Tribes connected to the California Tribal Business Alliance announce that they are keen to oppose any legislation that will allow PokerStars to open up for business in America’s most populous state.

Who are the California Tribal Business Alliance (CTBA) and why don’t they want PokerStars playing in their back yard?

The CTBA consists of three separate tribal nations: the Pala Band of Luiseno Indians, the Paskenta Band of Nomlaki Indians of California, and the Viejas Band of Kumeyaay Indians.

The alliance was formed in 2004 as a way to create a more streamlined punch behind public policy issues that affected these three great nations, and this means they are going to have a say in the underpinning framework of an online casino industry in the state of California.

The alliance views themselves as a stakeholder, and they are very clear in their opinion that the world’s largest poker room is nothing more than a ‘bad actor’, something that the chairperson of the group, Leslie Lohse, recently told the world in a statement released from the group.

In light of the partnership negotiations among PokerStars, Morongo, and the three card clubs, the Member Tribes of CTBA will continue to work diligently to ensure any online poker authorization bill will impose strong controls, mandate disclosures, and promote the highest standards of integrity in the gaming industry. Therefore we will strongly oppose any legislation, which allows PokerStars to participate.

The negotiations that Lohse refers to are the ongoing discussions between PokerStars and the Morongo Band of Mission Indians who are working towards legislation that does not contain ‘bad actor’ clauses that could effectively rule out any PokerStars involvement in California.

There are currently two bills that sit somewhere in the political quagmire of Californian halls of law. Assembly Bill 229 which was written by Californian Assemblyman Reggie Jones-Sawyer, and Senate Bill 1366 which was introduced by State Senator Lou Correa.

With a population of 38m people, an online gaming environment in California is big business and it would be a disaster for PokerStars not to be involved, as it currently the case in New Jersey.