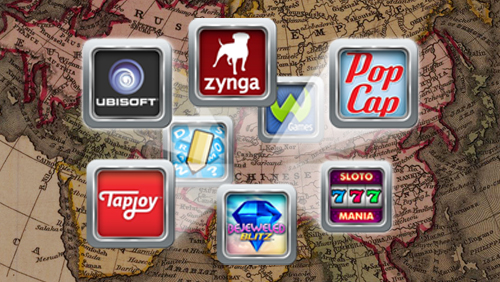 We’ve all heard it before and we’ll hear it again- Asia is home to the biggest gambling market out there by far.  Asians love to gamble, they spend a lot of money gambling and there are a lot of them. But does this mean Asia is the right target for all the social gaming companies out there?

Not if you’re from the West, it seems. Well, let me rephrase that- it really depends on resources and size.  If we’re talking about a giant company with a lot of capital, setting up shop in the East might make sense and it could be worth the risk. However, if we’re talking about a start up company in the West that needs to closely monitor risk, going for Asia is likely not the safest bet.

While my intuition would have led me to guess its not wise for a London-based start up to include Asia straight off the bat, Raf Keustermans of Plumbee confirmed that it would be a huge risk.

The iGaming Asia Congress took place last week in Macau, the only event dedicated to the online gambling industry in Asia, a relatively young and developing industry.  There were some social casino companies present, Keustermas representing one of them, and based on his conference takeaways that he was kind enough share, here are six good reasons why Western social gaming companies should think twice before targeting Asia.

1) Asia is not one market

According to World Population Statistics, as of 2013, “Asia is the world’s largest and most populous continent with a population of 4.3 billion people”. Compare that to America’s measly 300 million and you can see why online gambling companies have their eye on Asia.

While those are impressive numbers, what’s important to remember is that Asia cannot be regarded as one market.  There are a number of key markets that fall under the “Asia” umbrella, some the biggest including China, Japan and South Korea, yet there are so many differences between them.  The culture is different, the language is different, so are the preferred payment methods, the distribution channels, the games they like, and the list goes on.

Yes, the populations of the bigger Asian countries are still quite large in comparison to the rest of the world- China alone is almost 1.4 billion!- but you have to separate everything out by country, not just the population numbers.

America is the in the process of regulating online gambling on a state by state bases right now as we speak, however its going to be a long time before the entire US, or at least the majority of it, has regulated online gambling. However, social gaming is an acceptable form of entertainment throughout America right now, making social a wonderful alternative to real money gambling for companies who want to target America.

On the other hand, in China real money gambling is flat out illegal…and so is social gaming.  Only games of skill are allowed.

A big complication with treating Asia as one golden entity is that the game preferences differ between countries.  For example, the Japanese aren’t huge fans of Western-style slots and they much prefer local games such as Pachinko.  This would lead one to believe that companies wanting a piece of Asia will have to choose which country/countries in particular that they want to target and would need to develop entirely different games for each country, depending on the local preference.

Here in the West social gaming companies are used to distribution channels such as Facebook, Google and Apple, all of which are not big in Asia.  Examples of some of the biggies in Asia include internet portal “Tencent” and its messaging service “WeChat” in China, the social network “Line” in Japan and messaging service “KakaoTalk” in South Korea.

To cut deals with any of the aforementioned services in Asia likely requires a local connection who knows the native language and business customs.  Trying to do deals with these guys from outside their respective countries is not an easy task and you simply can’t reach the masses without them.

Once you branch out beyond “the big three” markets in Asia- China, Japan, and South Korea- the numbers are still massive, but the value per player is much less than in the West.

According to Keustermas, distribution channels such as Facebook will work with Asian markets such as the Philippines, Vietnam and Malaysia but these players are extremely hard to monetize and will likely cost you rather than make profits.  To put it in perspective, these players are typically 10 to 20 times less valuable than players from America.

This one should come as no surprise and as Keustermas pointed out, just about all the success stories we hear of social gaming companies in Asia are Asian companies.  Yes, I’m sure there are a few outliers but that’s just it- they are outliers.  The lesson here is that no matter where the roots of your company lie, opening up a local office and hiring locals appears to be quite high on the list if you want to succeed in any of the Asian countries.

Regardless of the challenges highlighted above, without question Asia is still a geographical region that is ripe for all sorts of gambling companies and if these companies do it right, they will make an enormous amount of money.

The main takeaway here is that Western social gaming companies must be aware of the massive amount of resources it will take to do it right in Asia. For some, if not the majority, it won’t be worth the risk and effort so maybe it might be wiser for the smaller companies to do what they do best and stick with the West.