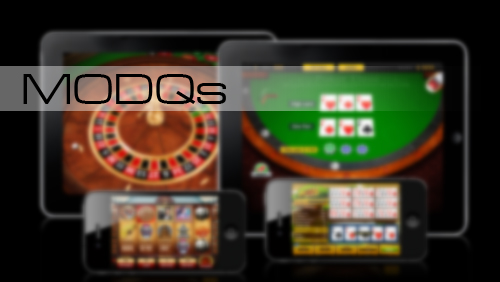 It’s become quite hard to write an introduction for an article about mobile gambling. It can be said that it’s the next big thing. You can argue that mobile’s already here. You could use some of the plethora of growth statistics available to show just how much of a big deal mobile is. The problem is that this has all been done. A lot.

It leads to one conclusion. That mobile is now such a big part of online gambling operations that it almost seems a little outdated to talk about it as a sector of iGaming. It’s now so woven into the fabric of all that the major operators are doing that what device customers are using your product on is becoming less of a talking point.

Despite that, it is a talking point that is still with us but if predictions are anything to go by then it won’t be for much longer. Global Betting and Gambling Consultant’s CEO Warwick Bartlett predicted at the beginning of the year that for the first time mobile betting will exceed online betting during the FIFA World Cup taking place later this year.

The statisticians at H2 Gambling Capital are slightly more circumspect as they expect mobile to represent 44% of all interactive gambling by 2018 but there’s a key theme developing here. Mobile is soon to take over.

So looking at which companies are taking the lead in mobile at the moment could be an early indicator of who might be ruling the roost in a few years. The success of several companies hinge on their mobile performance, so when it comes to casino operators, which software providers’ baskets should they be putting their eggs in?

In the case of Microgaming, their status as a private company means that their figures haven’t been divulged in the same way that they have been for their competitors. So in order to work out how much mobile uptake they’ve had you have to look at their operators. However, not that many of their operators are public companies either meaning that there’s not a whole lot to go on.

Fortunately there is at least one in 32Red and another in the soon to be Playtech-powered Ladbrokes. But in their 2013 financial results Ladbrokes made little mention of their current mobile usage, instead preferring to focus on the bright future that partnering with Playtech has assured them of. However, one line suggests that Microgaming’s mobile casino products hadn’t been performing quite as well as they would have liked. The company reported, “The majority of mobile growth over the past few years has come from sports betting.”

However, 32Red, whose casino led brand has had amazing success with Microgaming, reports considerably better figures. In 2013, their mobile casino revenues were up 136% on the previous year and accounted for 21% of total casino revenues (up from 10% in 2012). It was noted that the expectation was for the trend towards tablets and mobile devices to continue.

Despite a slight dip in shares following Teddy Sagi’s dip into his own hundred million dollar piggy bank things have been pretty rosy for Playtech in recent times. That looks set to continue as their mobile revenues more than tripled in 2013 leaving them in an incredibly strong position going forward.

According to the company’s 2013 financial results mobile casino contributed to a fifth of a 25% increase in casino revenue. This positions it neatly alongside the same mobile share at 32Red (although 32Red’s was a share of overall revenue rather than growth).

On a more general level, Playtech’s mobile channel as they call it (which includes sports betting, casino, bingo and poker) increased by more than 115% to €29.4 million. Refocusing to the casino vertical and 2013 could prove to be something of a breakthrough year for Playtech’s mobile product; mobile casino revenues increased by an impressive 212% to EUR12.7 million (2012: EUR4.1 million).

Looking at the operator that Playtech are closest too, William Hill, interestingly their mobile gaming net revenue didn’t quite match that of Playtech’s at 166%. However mobile accounted for a quarter of gaming revenues in December 2013 and the company expects this figure to reach 40% by the middle of next year.

The more recent challenger to the shared crown worn by Microgaming and Playtech; Net Entertainment have put a lot off effort into making their games works of art – something that doesn’t necessarily lend itself to smaller, lower quality screens. But through the Touch series of games they’ve provided something really different when it comes to slots.

It seems to be paying off for them too as they added 13 operators on their mobile platform in Q4 of 2013 alone. Despite this mobile gaming represents just 9% of global gaming yield – a much lower percentage than we’ve seen from the other two companies.

Looking at Betsson who have traditionally been Net Entertainment’s biggest operator mobile revenues increased 16% to SEK80.9 million in Q4 of 2014 from the previous quarter. Mobile revenues from the Betsson.com brand also increased by 38% in Q4 compared with Q3 but the really impressive figure is an incredible increase of 733% compared with Q4 2012.

Net Ent’s willingness to have their games housed in proprietary products alongside other software providers has allowed them to gain success on desktop products and get a foot in at many established operators. Unfortunately for Net Ent, not many operators are quite at the same level with their mobile products and it’s because of this that the Net Ent mobile revenues are up to scratch.

My impression as a latecomer to the online gambling industry is that once those that operated illegally in the US subsided Microgaming pretty much ruled the roost. In more recent years, Playtech’s emergence as a major power has been strong and there’s now not much to choose between the two.

This parity is certainly reflected in the assumed share of mobile revenue at both companies. But with around 20% of gaming revenue currently coming from the mobile sectors of both companies there’s clearly still a long way to go. You only need to look at the deals that have been made by both companies in recent times and you can see that Playtech appears to be the flavour of choice at the moment.

However, Microgaming may well have a trump card in their Quickfire subsidy. Their ongoing release of HTML5 games is giving them a strong position on the mobile battlefield. Were it not for Playtech’s marketing prowess you would suggest that operators heading avoiding Microgaming were making a mistake. Despite this, it could still prove to be a foolish decision to discard Microgaming at a time where they might be about to rejuvenate.