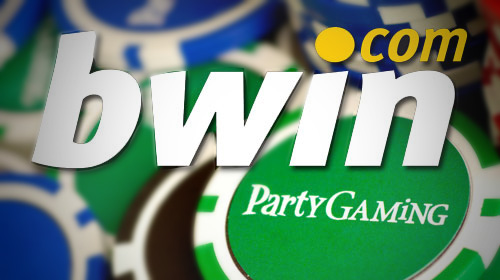 The purpose of any investment in any company is to contribute to the service of consumer preferences.  The better a company serves consumers, the more investment it will attract. In that way, the best companies win and the worst lose. The only relevant question for choosing which company to invest in should be which company serves consumers best in its industry, and that is answered numerically on balance sheets and earnings statements.

Unfortunately, perhaps even tragically, the question of which company is best has long since lost its prime importance in the gambling industry. The real question investors have to grapple with in this industry is which company is able to navigate the regulatory minefield most nimbly. Which company can weave its way around legislative traps most efficiently. Lobbying, political connections, technical legislative loopholes, regulatory expertise, an army of lawyers to play cat and mouse with various States and their Prohibition laws. Who can negotiate the best “settlements” with governments on what terms regarding alleged breaking of some arbitrary gambling statute, which if we were dealing with private entities would be called by its much starker name: bribery and/or extortion. (Nevermind the outrageous self-righteous hypocrisy of nearly all governments that outlaw games of chance for private operators but allow it exclusively for themselves in the form of state-sponsored lotteries with all the money going to their favorite pet political projects. Legislators love preaching morality, but what they’re really after is a monopoly of the gambling industry.)

As for which company has the best product, while still of some importance, that question is only secondary now.

And here we come to bwin.party. About to release earnings this week (March 13), there is much to consider. As numerous columnists here have correctly pointed out, the company has been a mess since bwin and PartyGaming merged in 2011. The chief reason as pointed out by Calvin Ayre and reiterated by many, and this is perhaps the ultimate tragedy, has been the essence of the two companies being public instead of private. As he so adeptly pointed out nearly 4 years ago, it is private companies that have the edge over publicly traded entities in the gambling industry, but not because they’re any better at serving consumers per se. It’s because public companies are under the thumb of government agencies, expected to “play by the rules” and not go after grey markets. If they try, they invite all kinds of government interference and lawsuits. Private companies can be more nimble at dodging regulations, snatching more markets surreptitiously, taking more risks off the radar as they have less to lose and less government papers to file.

So why is this the ultimate tragedy? Because the very purpose of going public is to increase investment in order to better serve consumers, to take advantage of equity and expand. The fact that this has become the very stumbling block causing companies like bwin.party to fail is enough to make a true capitalist shed a tear.

But not all is lost for our underdog. As I said, 2013 earnings are about to be released, and bwin.party followers should pay close attention to what happens in the next few weeks.

Before I get into specifics of what to look for, the issue of the company’s recent approval of executive bonuses has to be addressed. This certainly didn’t look good. It was not good press. At best this kind of thing is value-neutral for a successful company with rocketing earnings, but certainly not for a languishing stock with shrinking revenues and stubbornly persistent losses.

The issue is that bwin.party found itself between a rock and a hard place, and approving the bonuses was the right decision. Indeed, it was the only one. After all, imagine what kind of message would have been sent if the bonuses had been denied. Much worse than a bit of bad press, the company would be spitting at its executive management, creating possibly unbridgeable rifts between shareholders and staff. Bwin.party would look like even more of the corporate mess that it already is. So while paying bonuses to executives of a shrinking company may be a tough pill to swallow, the alternative would have been far worse.

Despite the recent “ickiness” surrounding these bonuses, not all is lost for the online gaming pair. There are, in fact, two key developments to watch out for that may yet pull the stock out of its 3 year downtrend. The first is the opening of the New Jersey online gaming market and PartyGaming’s subsequent return to the US market after a long 8 years hiatus that began with the stock’s infamous one-day 70% drop in 2006.

Am I saying that the New Jersey market is enough to turn the whole venture around? No, certainly not in one fell swoop, and as it has only been 3 months since online gaming has been legalized, new revenues will not be enough to seriously impact the upcoming earnings statement. But watch carefully what happens with New Jersey’s tax revenues once the industry fully kicks in, and pay attention to the murmurings of indebted state governments who want more tax loot, particularly California, Colorado, Hawaii, Illinois, Iowa, Louisiana, Massachusetts, Mississippi, and Pennsylvania where legislation legalizing iGaming has already been introduced.

It makes sense that the first 3 states to legalize iGaming have been Nevada, Delaware, and New Jersey. Nevada and New Jersey for obvious reasons, and Delaware is generally known to have an economy-friendly regulatory environment. Those who shuffle through SEC filings regularly know full well that anyone who’s anyone incorporates in Delaware. Google and Netflix are just two examples off the top of my head.

Within the group of potential legalizing states, among the most promising are Colorado, Illinois, Massachusetts, and Pennsylvania. Colorado has the legalizing spirit shall we say, and iGaming is not as controversial as pot. The other three have very serious municipal and state debt problems and could go looking for a new source of tax revenue sooner rather than later.

Too many have their eyes set on New York and California, and though these would be huge markets, I don’t see it happening so fast. New York City mayor De Blasio is busy outlawing even more industries like the horse and carriage to satisfy his own animal rights lobbying groups, and I don’t see governor Cuomo in much of a different light. And California, well, they’re unpredictable over there.

The other thing to watch closely is the near term reaction to the March 13 earnings statement, especially within the context of recent buy ratings issued by several different firms including Numis, Deutsche Bank, Canaccord Genuity, and Barclays. As stated, the New Jersey market only opened 3 months ago, and there has not been enough time for any success there to stop the slide. Not yet, especially in the company’s hemorrhaging online poker segment. In general, I never trust ratings given out for free by firms with their own interests, but this doesn’t mean they aren’t important.

They are indeed important, and exactly why we must pay close attention to what happens to bwin.party’s stock in reaction to earnings on the 13th. This run-up of recent buy ratings may simply serve to inflate earnings expectations, and may actually push the stock down in a knee-jerk reaction if earnings come out disappointing in the face of these buy calls. For all we know this is exactly what these firms are trying to accomplish so they can get in at a better price post earnings.