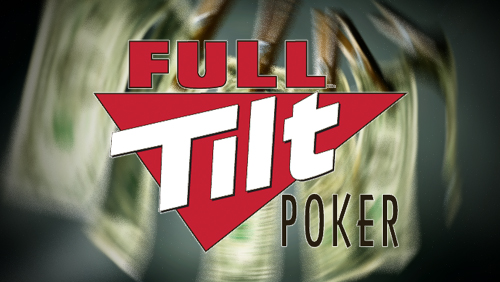 Thank you for applying for a Full Tilt refund! If you are not already newly in possession of your previously frozen Full Tilt bankroll, you should be in the near future. Congratulations!

As you know, Iron Man medals, the balance of your Full Tilt Points, and other promotional schemes that kept you coming back to the site to play from 2004 to 2011 have been excluded from your refund. However, to compensate you for your patient and understanding endurance of the long wait to receive your refund, we would like to extend to you the opportunity to spend your FTPs on a set of exclusive offers that we’re calling the Full Tilt Refund Store. These offers are only good within the first 24 hours after you receive your refund, so don’t delay if one catches your fancy. Though nothing can ever truly make up for the time you have been separated from your funds, we hope at least one of these can put a smile on your face for just a moment. That way this will all have been worth it.

The Friendly People Who Do The Refunds

THE NUTTY PROFESSOR: For absurdist fans of schadenfreude, this package won’t steer you wrong. Only 500 FTPs per day sponsors a homeless Red Pro to shadow Howard Lederer. This will mostly consist of waiting for opportunities to ruin his self-esteem by running in front of him, opening doors for him, and sarcastically saying, “After you, Professor.” For an extra 500 FTPs per day the homeless Red Pro will add extra snarl on the “Professor,” sure to be a dagger in the old head honcho’s heart every time. For a total of 2,000 FTPs per day, the Red Pro will further undermine Lederer by continually reminding him that everyone thinks of his sister Annie as “the honest and friendly and successful one.” Feel free to load up as many days as you’d like, up to your total FTP balance – it gives the old Red Pros something productive to do.

SYMPATHY FOR THE DEVIL: A Hollywood investor who wishes to remain unnamed has proposed matching one penny for every FTP point donated by players toward funding a big-screen adaptation of Mike “The Mouth” Matusow’s autobiography, Check Raising The Devil, for release in 2015. There’s lots of great material here, more than enough for a dramatic feature film. Just between you and me, in the right hands it might even produce a few Oscars. Due to a prop bet, which may or may not have been made with the investor, this proposal is moving forward regardless of the budget, with Matusow slated to play himself if there’s not enough cash to hire Dwayne “The Rock” Johnson for the role. Should be interesting either way.

SUPER MEGA ULTRA HIGH ROLLER WORLD CHAMPION (Limit one): The Onyx Cup was set to be the definitive high roller’s championship series, with buy-ins as high as $300,000 and more than $30 million in prize money across its six tournaments. Then the feds went and pulled off Black Friday a month before the first Onyx Cup event could ever be held, leaving the world to wonder what might have been. For just 5,000,000 FTPs, anybody with at least three years of Ironman status can choose to be retroactively named the 2011 Onyx Cup champion and Player Of The Year. We’ll print out a certificate of authenticity – suitable for framing! – on nice paper so you’ll have something to commemorate that special year when you hogged all the run-good. For double the price, Erick Lindgren and Phil Ivey will do a photo shoot of scenes showing your domination of them throughout the season, so you can share them with friends and family. And for 20,000,000 FTPs, Erik Seidel will film a dramatic finale hand against you on a Las Vegas sound stage, with the resulting footage being posted to YouTube as proof that you are, in fact, the super mega ultra high roller world champion.

FOREVER AND EVER AMEN (or, THE NEW SISYPHUS): Before he won the WSOP Main Event, programmed the software that ran Full Tilt, or went into seclusion following Black Friday, Chris Ferguson earned a Ph.D. in computer science. He also took money won in a freeroll and rolled it up into $10,000 by applying stringent rules and working his way up through increasing stakes, something that became known as the Chris Ferguson Challenge. (He donated the money to charity, sort of like you donated your Full Tilt balance to its higher-ups before their company unraveled.) For the price of 100,000,000 FTPs – and through a special arrangement we’ve made this a sum that can be pooled from many players’ FTP balances – the brightest computer science students working on virtual reality simulations will be tasked with creating a realistic simulation of the poker world. When Chris Ferguson eventually dies, whenever that might be, his mind will be imaged and uploaded into the simulation, where he will be tasked with turning $0 into $10,000. Every time he finds himself moments from reaching the $10,000 plateau and winning his challenge, the simulation will reboot and he’ll be tasked with doing it all over again, ad infinitum.

To order your package, wiggle your nose, turn in a clockwise circle, and say “Jesus” three times. We’ll have someone there to take your order faster than you can say “Rush Poker!”