Home / Poker / Confessions of a Poker Writer: Why I Respect Erick Lindgren 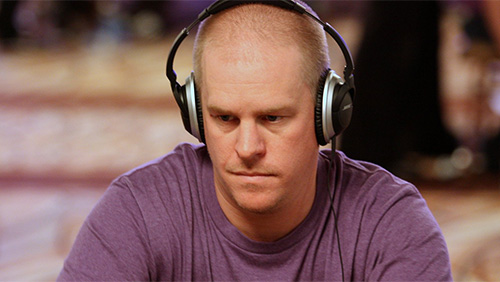 I have the utmost respect for Erick Lindgren.

That wasn’t so hard was it.

That’s why I didn’t tell you that I had the utmost respect for Erick Lindgren.

Anyway I do and here’s why…

Sometime around the end of 2012 Erick Lindgren faced up to the fact that he has a terrible gambling addiction and checked into a rehab facility in Newport Beach, California to try and get his shit together.

“I’ve had a gambling problem for a long time and I’ve finally got the opportunity to address it.” Lindgren told BLUFF magazine after checking in to the Morningside Recovery Center.

Lindgren’s road to recovery from his gambling addiction was going to be more difficult than most other people in his situation because he was a professional poker player. This was something he loved doing and it was the best way he knew of being able to earn enough money to pay people back.

I am not saying moderation isn’t possible, but it’s like making the journey with a pair of shoes made out of concrete blocks.

I am a former gambling addict and my time spent gambling, instead of being with my family, were amongst the reasons cited for my divorce. I once read a study that said divorce is more difficult to deal with, and can cause more damage, than any known grievance on earth with the exception of the death of a partner. It was even higher than the death of a child.

Having been through that experience I can tell you that it’s a right bastard.

Trying to quit gambling whilst playing poker is analogous to having a divorce. It’s not the severity of divorce that I am singling out for attention but it’s what makes divorce so difficult – and that’s the fact that the divorcee still exists, and if you have children, is very much still a part of your life.

It’s the same with gambling.

You can dress it up all you want but poker is nothing but a form of gambling. In my haste to protect my own addiction I often told people how poker was not the same as gambling because the skillful players win over the long run.

At this point people usually ask me why I don’t just quit writing and play poker full time. When I reply that I do not have the skill required to do so, then they ask me why I therefore keep playing? It’s difficult to try and pretend that I do it because I enjoy it when I so clearly don’t. The graveyard of mice and monitor screens testament to that fact.

I am able to have respect for Erick Lindgren because I can empathize with his situation. When he spoke to BLUFF in that interview he was showing the world his vulnerability. Many people mocked him, many more went to 2+2 to complain about how much money he owed them.

I didn’t do that.

Instead I reached into myself and found my own vulnerability and this allowed me to build a connection with his plight. I felt his pain, understood his need for forgiveness and could applaud his desire to move on and make things right.

I feel nothing but compassion.

By the way, on the side note of how many people he owes money to I have this to say.

The poker industry stinks of hypocrisy on this issue.

You should be ashamed of yourself for sticking the knife into Lindgren, as you go about your business doing the same thing.

Many big time professional poker players have defended Daniel Negreanu and Isaac Haxton for throwing around A$100k & A$250k buy-ins like it’s confetti. The usual argument is one of scale. To most people it’s a complete disrespect for money, but for others who have money it’s accepted because it’s no different than us mere mortals entering a $10 rebuy 5-6 times.

Well if that’s the case what I have to say next also stands true and it’s why I think the poker community is so hypocritical.

I know a man who knows a man who owes a poker player $5,000. This man has owed him this $5,000 for several years after one of those off the cuff requests/deliverances of cash that goes on during the World Series of Poker (WSOP).

The man who owes the cash continues to play poker, but has not yet handed over the cash. Instead he is waiting for a big cash to be able to afford to take the hit. The person who is waiting for the $5,000 really, really needs it, but ego is stopping him asking for it…and what can he do anyway because the other guy doesn’t have it.

I am at the WSOP and a poker player asks me to give him $50 because he hasn’t brought his wallet with him. $50 is a lot of money to me, but to the poker player it’s insignificant. So insignificant in fact, he has no plans to give it back to me. When I ask for it he makes me feel bad by looking at me and saying: “really?”

There is so much money owed to people in this industry it’s untrue. And yet if the money owed is in the millions it’s more of an issue than if it’s $50.

I smell excuses, not reasons.

I can empathize with Lindgren because I too was a gambling addict and I too resorted to less than respectful means in a bid to get out of my mess.

I had run out of options.

A gambler tries to fix his losses by gambling. When he loses he tries to gamble some more, only this time the bet has to be bigger. He hides the debt as best he can but eventually it’s everywhere.

The mattress is stuffed so full of credit cards your morning wood is crooked because it keeps hitting the ceiling.

You have a wife and a child to support. Do you come clean and tell hem that you have cheated and lied behind their backs? That you are not to be trusted or respected. You see what Lindgren did, and what I did, was no different than having an affair.

It’s the same stream of lies and deceit.

I can’t tell them yet.

So suddenly you will do anything to get out of your hole.

I did it and Lindgren did it.

I got away with it and Lindgren didn’t.

So nobody knows that I am a scumbag. I hid my vulnerability. But Lindgren shared his with the world.

So I respect that.

In the next 12-months this man – this hated and vilified man – went back onto the circuit and won $1.3m in live tournament earnings including another WSOP gold bracelet.

I respect him for that.

Ok so the mattress has only lowered slightly, that’s not the point. Can you imagine how difficult it was to face everyone knowing that they all think you are a lying, cheating, scumbag; then sit down and go to work?

When he defeated Lee Markholt to win the WSOP bracelet there was only one person on the rail for Lindgren to go to and that was his wife. A woman who had stood by her man. He needed her faith and trust, and she gave it to him. He didn’t let her down. The moment they embraced was amazing for me.

There are no friends in his winner’s photo.

He doesn’t have that many anymore.

Who knows Erick Lindgren better than anyone else on this planet?

Who is in his winner photo.

Few can see what she sees.

A broken, cheating, lying, scumbag…that’s what you see.

She doesn’t see that.

She has seen his pain, felt his pain and vowed to stand by him.

Do you know why she has done that?

Because she knows something that very few of you don’t.

He is not his addiction.

And I respect her for that.