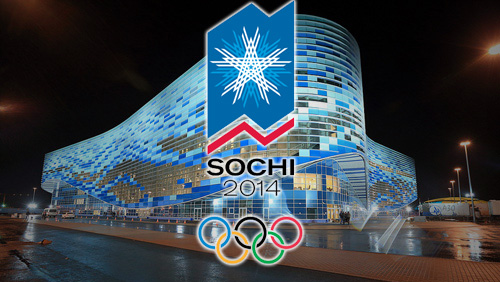 Tonight’s Winter Olympics opening ceremony takes place in asurreal location. Situated on the Black Sea coast, Sochi enjoys a subtropical climate and, until recently, was an outdated Soviet-era summer resort known only for its dachas.

Equally hard to fathom is Russia spending an incredible $51 billion (90 percent from government coffers)on these Olympics, according to Deputy Prime Minister Dmitry Kozak. When Sochi was chosen as host city in 2007, the estimated cost was $12 billion, roughly double the cost of the 2010 Vancouver Winter Olympics. According to a Dutch mediaanalysis, Sochi will cost more than the combined total cost of every previous Winter Olympics.

Where on earth did the money go?

First, winter sport and recreational facilities had to be built from scratch, including seven new facilities along the coast, and a world class ski resort in the nearby mountains.Local residents did not even have access toa ski jump until the Olympic flame came to town.

Third, a terror-fuelled civil war in Dagestan, in the North Caucasus region only 380 miles east, meant that security requirements werehigh. To wit, 60,000 security personnel are deployed in the so-called “Ring of Steel” around Sochi.

But, the largest lineitem went to good ol’ fashionedgraft. Enormous kickbacks to local construction companies are so pervasive that several criminal investigations are already underway.

Building the new Olympic stadium, for example, cost $19,000 per seated fan (the past Olympic average is $6,000). Construction of that new ski jump was originally estimated at $40 million; its actual cost is $267 million. The average event will cost an astonishing $520 million.

Despite the ridiculous amount that has been spent, much of the non-event construction is unfinished. Although most buildings on the Black Sea are in reasonable shape, many hotels in the mountains are not.

Many Sochi hotel guests have found their rooms without basic amenities, such as flushable toilets and drinkable water. To top it off, there are not even enough pillows in the Olympic Village for all of the athletes!

Such inefficiency is made worseby Russia’s crude brand of economic policymaking. Martin Müller observes that, “Sochi follows a model of state dirigisme…the state steers the planning process and directs the investment…as the state establishes directive control over companies.”

Yet, exploding Olympics budgets are not a uniquely Russian phenomenon. Oxford University’s Bent Flyvbjerg and Allison Stewart recently looked at cost overruns for every Olympics since 1960. Although their analysis only considered sports-related direct costs, not indirect costs such as new infrastructure, they found that the average Winter Olympics cost overrun is 288 percent.

Attracting tourists is the standard excuse trotted out by the IOC to justify an otherwise unjustifiable spending of taxpayer money. According to the head of the Sochi organizing committee, Dmitry Chernyshenko, 213,000 tourists will attend the Winter Olympics.

That may sound an impressive number, but the key statistic is that 75 percent of them will be Russian. After seven years of global publicity, only 53,000 non-Russian tourists have been drawn to Sochi to witness the events first-hand. Worst of all, economist Arthur Fleisher predicts that, “It’s highly unlikely” Sochi will become a tourist destination after the Olympic flame burns out.

It is a safe prediction, as past Winter Olympics failed to live up to their hype as catalysts for a sustained tourism boom.

Researcher Jon Teigland found that after Lillehammer hosted the 1994 Winter Olympics, 40 percent of the Norwegian town’s hotels went bankrupt.More broadly, O.R. Spilling’s study of Lillehammer found that the long-term economic benefits were marginal and outweighed by the high cost of hosting the Games.

Thierry Terret’s research led to a similar conclusion regarding the economic impact of the 1992 Winter Olympics in Albertville, France.Academic Darren McHugh’s cost-benefit analysis of the Vancouver Olympics found the net benefit to Canadian tourism was substantially less than forecast.

In their historical examination of the Winter Olympics, geographers Stephen Essex and Brian Chalkley offer the insight that, as the Games are constrained to alpine locationsbased in smaller communities, the locations usually lack sufficient local demand to make the new facilities profitable in the long term. Hence,the per capita cost of the Winter Olympics is considerably greater than the Summer Olympics.

Essex and Chalkley recount that the comparatively frugal 1988 Calgary WinterOlympics was nonetheless underwritten by Canadian taxpayers. Most of the funding for the Albertville Olympics came fromthe Frenchgovernment. The Norwegian government covered both the huge costs and debts of Lillehammer. After the1980 Lake Placid WinterOlympics made a loss of $6.5 million, New York state taxpayers footedthe bill.

Even the small profits achieved by the 2002 Salt Lake City Winter Olympics are illusory, as that accounting did not include the expensive security assistance provided by the U.S. Defense Department. Similarly, the Vancouver Olympics only broke even on paper because the accounting did not include the $1 billion security cost borne by Canadian taxpayers.

When one includes the huge taxpayer subsidies, it turns out that not a singleWinter Olympics has actually made a profit, according to Robert Barney, founding director of the International Centre for Olympic Studies at Canada’s University of Western Ontario.

Putin-the-nationalist authorized unprecedented Olympic extravagance in order for Sochi to showcase theNew, Modern Russia. But, writing in the journal, City, John R. Short poses a pivotal question, “Are cities seen more positively after they host the Games?” He found that, “A positive image is maintained only with the hosting of a successful Games…To host the Games is to open the city to intense scrutiny and the opportunity for spectacular failure.”

If tonight’s opening ceremony is a marvelous spectacle, and if the next couple of weeks of TV coverageplease foreign eyes, then Russia may receive a branding boost.However, it is far more likely that the cumulative effect of coverage of aterrorist threat, as well as Russia’s new anti-gay law and the culling of Sochi’s stray dog population, will prove to be a PR disaster.

Nevertheless, a Russia-is-flawed message should not be the only takeaway from Sochi.The larger concern is the IOC’s carefreeapproachwith other people’s money.

As Jeffrey Owen explains, “Dollars for the initial [Winter Olympics] investment are assumed to have come out of thin air.” He also notes the IOC’s consistent “failure to recognize opportunity costs. Alternative uses of local dollars, such as a hospital, education funding, or even letting taxpayers keep their money and spend it on what they want, are not considered.”

“Black widow” suicide bombers are certainly the biggest worry for those in Sochi today. But, going forward, it is clear that taxpayers everywhere should be more worried about the gaping black hole of Winter Olympics funding.