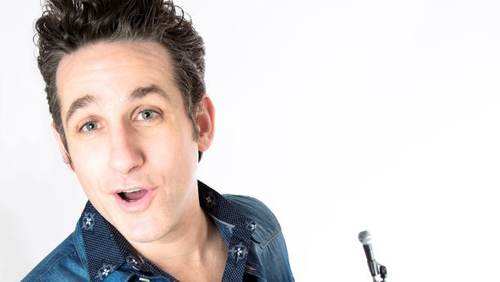 The iGB Affiliate Awards 2014 will be held at The Lancaster London on February 7, 2014. Attendees at the iGB Affiliate Awards 2014 better start preparing their bellies for uproarious laughter, as it has been confirmed by the event organizers that the comedian Tom Stade will host the event. Tom is recognized for his distinctive accent which earned the title “drunken Canadian” by observers. Stade was nominated for Best Headliner at the Chortle Awards.

Tom’s irrepressible charm translated effortlessly to TV, and in the past two years he has appeared in Live at The Apollo, The Comedy Store, The Live Floor Show and Stand Up for the Week as well Edinburgh Comedy Fest Live and The Boyle Variety Performance. He has been described as “One of the best practitioners of stand-up we’ve got, with a shedful of classy routines… Stade is the sort of comic you could listen to all night and suspect he’s got the material to pull that off…stand-up elite”.

“We are ecstatic to confirm Tom Stade as the comedian for the iGB Affiliate Awards,” said Shona O’Donnell, Head of Operations at iGaming Business. “And feel his style is the perfect match for our audience, having been described as a ‘Rock’N’ Roll Comedian’ by the Evening Standard.”

To know more about the event and to register for the iGB Affiliate Awards, click here.

Weekly Poll Results – How should operators make up the 15% POCT?
Anton Fabico
10 April 2014