Mustapha Kanit has created a little bit of history in Melbourne by becoming the first player in Aussie Millions history to win two events in one series. 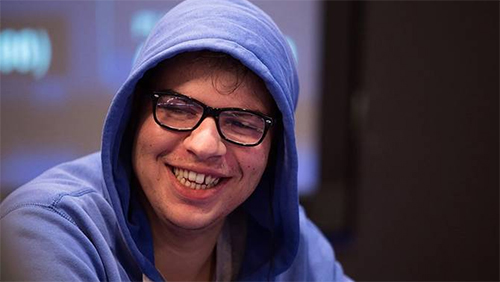 Kanit completed his double after he topped a field of 494 players including Tam Truong who he dispatched in heads-up action to take his $104,000 first prize.

The Aussie Millions record breaker is on a heater after also cashing for $492,600 in the recent PokerStars Caribbean Adventure (PCA) where he secured a 4th place finish in the $25,500 NLHE High Roller event.

The man whose first name would smash a scrabble board to pieces has picked up the $179,020 first prize at the Heartland Poker Tour (HPT) Thunder Valley Casino Resort $1,650 Main Event.

Exequiel Fernando of Elk Grove, California, emerged victorious despite sharing a table with the might of J.C. Tran. The Global Poker Index (GPI) recently heralded the former World Series of Poker (WSOP) November Niner after he was declared the 8th best player of the past decade.

Tran could not add this title to his trophy cabinet, after finishing in 8th place, and it was left to Fernando to defeat Ed Miller in heads-up action to take the first prize – his most impressive performance to date.

Day 2 of the World Poker Tour (WPT) Borgata Winter Poker Open is in the books and Lazaro Hernandez leads the final 190 players with 753,000 chips.

120 players are guaranteed a $6,730 pay out meaning Day 3 will be the moment the money bubble eventually bursts. The second largest field in WPT history has $842,379 waiting for whoever lasts longer than anyone else.

Currently that man is Hernandez who had a heater of a day that included the scalp of Mr. WPT Mike Sexton. Hernandez is on the run of a lifetime with only a single solitary live cash on his record, which he earned back in 2012 finishing 33rd place in a WPT National Series Event in Florida.

Some notables through to the third day of action include Dan Heimiller, Harrison Gimbel, Chad Brown, Faraz Jaka, Andy Frankenberger and John Racener.

Dario Sammartino Leads EPT Deauville With Day 2 in the Bag

The young Italian Dario Sammartino is the man everyone is trying to catch at the European Poker Tour (EPT) Deauville as he ended Day 2 at the top of the pile with 427,700 chips. Sammartino is on fire after recently placing third in the FPS €2,500 High Roller for a $87,314 cash.

137 players are left in the contest and with €614,000 up top there is plenty to fight for. One young man who has been there, seen it and owns an EPT winners t-shirt is the former EPT Loutraki winner Zimnan Ziyard. The UK-based pro is currently second in chips with 392,500 − 95 players are going to get paid.