Home / Business / PokerStars to United States: we’ll be back in 2014 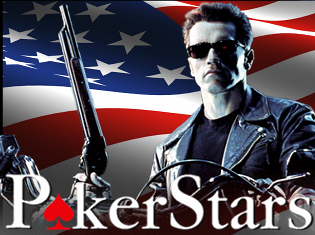 Despite PokerStars’ recent setback in New Jersey, executives at the online poker colossus remain confident that they will establish a base of operations in the United States in 2014. In a year-end blog post, corporate communications chief Eric Hollreiser said PokerStars hadn’t shed its belief that it “will have a strong presence and positive economic impact in the American market in 2014, whether that is in New Jersey or another state seeking the benefits of being home to a world-class online gaming company.”

Hollreiser’s comments came one week after news broke that Stars had been actively lobbying the New York state government to include online gambling in its new brick-and-mortar casino expansion plans. This lobbying had taken place at least one month before Stars learned that New Jersey’s Division of Gaming Enforcement (DGE) had suspended its review of Stars’ online gambling license application for two years, although the DGE left open the possibility of resuming its review pending any significant development re the federal charges facing Stars’ founder Isai Scheinberg.

Hollreiser’s blog also addressed the company’s ill-fated liaison with the Atlantic Club Casino Hotel. In late 2012, Stars’ parent company Rational Group entered into a deal to purchase the struggling Atlantic City casino, but the deal unraveled in the spring after the Atlantic Club’s owners saw a way to keep the $11m Stars had already advanced them while shopping the casino to other firms looking to buy into New Jersey’s online market. But no other buyer appeared, leading to the casino declaring bankruptcy in November and being sold at auction for $23.4m in December. The buyers – rival AC casino operators Caesars Entertainment and the Tropicana Casino and Resort – have stated their intention to shut down the Atlantic Club on Jan. 13 after stripping its fixtures and gaming equipment.

While Stars moved on and struck a new online partnership with Resorts Casino Hotel shortly after the Atlantic Club deal died, Hollreiser noted that the imminent layoffs of the Atlantic Club’s 1,800-strong workforce “simply didn’t have to happen,” since Stars had pledged to keep the casino operating, as well as establishing 250-300 new jobs at Stars’ planned New Jersey headquarters. Hollreiser slammed the “vulture-like management practices” of the Atlantic Club’s then-owners, who Hollreiser accused of having “gambled with their employees’ future.”

Under the bankruptcy court-approved terms of the casino sale, the 650 Atlantic Club employees who were union members will receive one-time severance payments of $1,500. At the time of the sale – just two days before Christmas – Judge Gloria Burns acknowledged that the situation was “not palatable to the people who are going to be losing their jobs,” adding that she felt “badly that it didn’t come out in a better way.” Yes, pity, that.