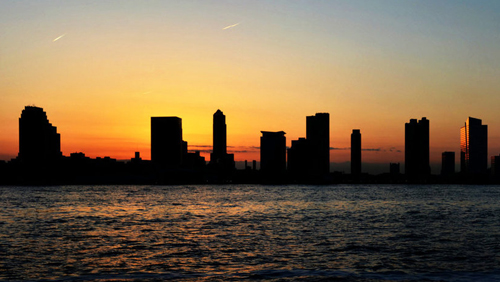 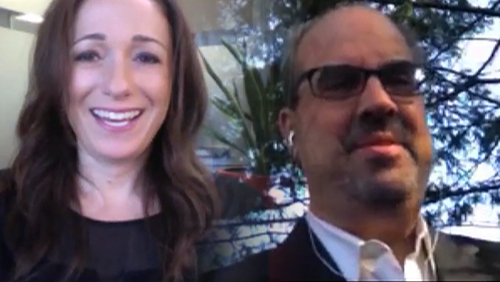 New Jersey’s initial regulated online gambling offerings have been live for just over a week and all things considered, it’s been a pretty smooth ride.  Everyone’s got their eyes on New Jersey and will continue to monitor the state’s progress as it could very well change the global online gambling industry as we know it.

There are very few people who are closer to what’s happening in New Jersey than Bill Pascrell III, a very politically connected and colorful personality who has been an advocate of bringing online gambling to the state for the past four years.  Pascrell is one of our favorite, most fiery panelists at industry conferences and unsurprisingly, he was born, raised and will always live in New Jersey.

As Pascrell was driving from one meeting to the next just outside of Trenton, he kindly pulled over and accepted my invitation for a quick and dirty Skype interview; his first one ever in fact, thanks to his 4G enabled iPad.

Pascrell’s outlook on how things have been going in New Jersey is pretty promising, despite a few predicable technical glitches.  “It’s been a little pedestrian, certainly much better than the Obama Care rollout, that’s for sure.  Everyone’s comparing us to that and it’s a real low bar,” he joked.

There are approximately 50 thousand New Jersey residents signed up so far, thirteen sites licensed and live, numbers are looking ok and there are just a few kinks which are mainly geolocation issues near the border and difficulty topping up wallets.  Things from a regulatory perspective are going “swimmingly” with no issues there and when it comes to payment methods, MasterCard and Visa are on board but we’re still waiting for American Express and PayPal.

As determined by the DGE, each of the twelve Atlantic City Casinos have been handed five online site allotments for a total of 60.  With only thirteen websites launched to date, there’s still room for a lot more.

“78 different online companies applied for a license, thirteen of which that have received licensure.  The issue becomes when the state has the time to get to those licenses”, said Pascrell.  The “low hanging fruit” such as Gamesys, WSOP, and 888, were licensed first as they had “not as thorny issues as the others”.  Once we get beyond these first few weeks, Pascrell predicts we’ll be seeing other licenses issued.

Just about anyone who plays online poker is keeping their fingers crossed that PokerStars will be one of those online gambling companies that receives a license.  When asked for the latest on Stars’ licensure Pascrell joked, “Well, that’s the multibillion dollar question”.  He did confirm that the suitability process is still ongoing and he believes that Stars will be licensed, “its not a question of if, it’s a question of when” he says, despite some of the “thorny issues” they are currently working through.

When it comes to the actual revenue that online gambling will bring in for the state of New Jersey, there is still a lot of speculation.  New Jersey governor Chris Christie has stated that online gambling will bring a whopping $1.2 billion into the state in 2014, a very aggressive number considering the current size of the market.  Pascrell believes this number is “very doable”, the problem is the numbers just aren’t there yet.  However, “if Stars were to flip the switch tomorrow”, we’d have an influx of tens of thousands of players that would make this number realistic.

“When Stars gets in and some of these bigger companies, we’ll see a more robust environment”, he said.

Aside from economic benefits for the state of New Jersey, the successful launch of online gambling in the state will likely trigger other American states to follow suit.  Pascrell believes a lot of states- California, Florida, Illinois, and Michigan, for example- will use the New Jersey model to regulate online gambling.  New Jersey boasts a tough regulatory environment and according to Pascrell,“if you can make it in New Jersey in casino gaming you can make it anywhere”.

Q1 2014 is the time for evaluation and Pascrell said “if New Jersey is successful they have put a package together that they can import to other states”.  No bills are close to being passed, but the conversations with other American states have already started and New Jersey is talking about building international liquidity as well.

When asked his predictions on who the biggest winners and losers will be in this new market, Pascrell said its too early to tell but did mention something interesting-  Senator Lesniak is apparently “very upset and very concerned” with the UCasino.com TV commercial campaign in New Jersey.  Lesniak thinks the commercials are trashy, extremely offensive and that they plays into Sheldon Adelson’s campaign on why we shouldn’t have online gaming because its “marketing to the base of our society and that’s not what Lesniak wants”.  We’ll just have to wait and see how this one shakes out.

Putting aside a few technical glitches, the pending approval of PokerStars and a tasteless TV campaign or two, Pascrell’s feelings towards his home state are very simply stated: “I think that New Jersey really has the potential to become the new global mecca for online gaming and although we’re just crawling before we walk and walking before we run, I think that Jersey is on track to really become an incredibly opportunistic environment”.