Home / Poker / Poker Rules: What is the Point of the Tournament Directors Association? 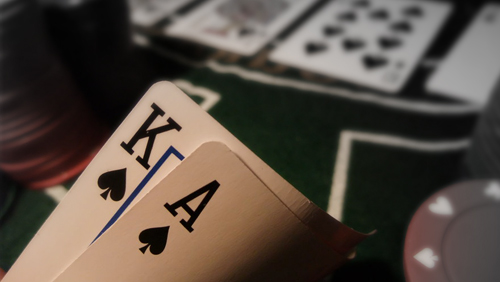 In the most recent edition of BLUFF Europe magazine Phil Laak covered the ‘First Card off the Deck Rule’ in his ‘Being Phil Laak’ column.

Laak wrote: “I suggest the following. Let’s collect the opinions of many. And then present the findings at the next Tournament Director’s Association (TDA) conference. If the TDA wants to keep the rule, fine. But at least we will have given it our best shot.” 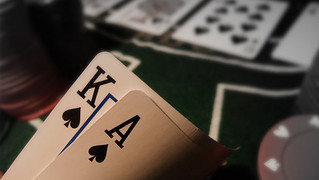 I like Laak’s point of view, and he goes on to use Casey Kastle as an inspiration after Kastle did a similar thing to provide evidence to the casinos, that poker players want a smoke free environment from whence to ply their trade.

“Though I like my idea, and want it to happen, I don’t see myself doing it.” Said Laak.

And there lies the problem. How many Casey Kastle’s are there in the world? People who want to step out of their comfort zone and try and make a difference? Not enough I would imagine.

What do poker players do when they want to change a rule?

Laak suggests taking the accumulated evidence to the TDA. I suppose this makes sense, as it was the TDA that created the rule in the first place. Then Laak goes and throws a spanner in the works.

“While I am on the thank you train I would also like to thank Ty Stewart, WSOP kingpin. He made the executive decision not to enforce the new first card off the deck rule at all WSOP events. Awesome. Truly Awesome!” Wrote Laak.

Which brings me to the title of this rant.

What is the purpose of the TDA? In this instance it appears they merely exist to provide guidance. WSOP Tournament Director Jack Effel is a member of the TDA. I am not sure how he voted on the introduction of the rule, but it seems nonsensical for it not to be introduced in the company he represents.

What standard does this set?

It seems the WSOP have sat back, monitored the feedback from the players after the European Poker Tour (EPT) broke the first card off the deck hymen, and then refused to implement it themselves because they don’t want the hassle.

Irrespective of whether or not they have done the right thing (and many players are now loving the WSOP for doing the right thing), they shouldn’t have been able to make the decision in the first place.

Wasn’t the point of the TDA to streamline and regulate the rules across all forms of poker throughout the globe? Perhaps, that’s stretching things a little too far. Then what about unifying the rules between the EPT, WPT and WSOP?

WPT Executive Tournament Director, and founder of the TDA, Matt Savage, recently wrote an op-ed on the PokerNews website where he asks the question:

“Is it time to reconsider reentry events?”

It’s an excellent piece where he questions the use of re-entry events in a carte blanche method. He ends by stating: “It saddens me that an idea I had may actually hurt the industry, but I don’t think it’s too late and I hope some influential players and casino management actually agree with me and make positive changes for the future of our great game.”

Why does Matt Savage of all people have to rely on hope? I have to hazard a guess here that when Savage created the TDA this was one of the founding reasons behind it. To create a structure where these problems can be aired poked and prodded and new rules created and distributed uniformly across the poker industry.

Matt Savage shouldn’t have to hope things will change. In my opinion the man has the gavel and when he smashes it down on the hardwood people should just do as they are told.

We haven’t even got uniformity at the level of rule creation. Not only do we have the TDA but we also have Marcel Luske trying his best to do likewise over at The Federation Internationale de Poker Association (FIDPA) – an international governing body for the game of poker growth that promotes industry wide standards.

This question of uniformity across our rules and structures is paramount to the future of our game because it is the very foundation of our game. If we get this wrong, and we have, then everything starts to crumble. Savage knows this, Luske knows this and many more professional poker players know this.

The point of the TDA must surely be to create the rules and structures of the game we love and to distribute them uniformly across all organizations. In order to achieve this the big three of the EPT, WPT and WSOP must agree to send representation and, most importantly, to abide by the rules come what may.

The TDA must also have a role for the players, and in the absence of an army of Kasey Castle clones, the Poker Players Alliance (PPA) should be the entity that represents the players by taking in feedback from the likes of Dan O’Brien, Phil Laak and Daniel Negreanu and presenting it professionally and respectfully across the table with the likes of Matt Savage, Jack Effell and Neil Johnson.

The game of poker dishes out prize money that is right up there with the most popular sports in the world. It’s time to get professional. It’s time for structure.

Its time to let the TDA do what it exists to do.