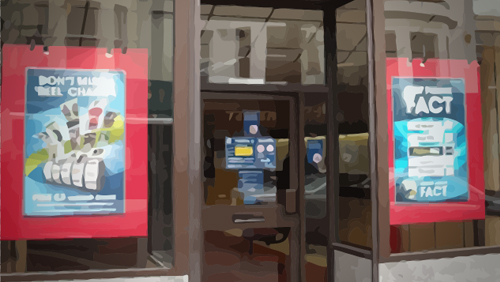 “New protections, not new casinos”, was how Tessa Jowell summed up the government announcement in 2003 to undertake the most radical shake up of gambling legislation in the history of the UK in 2003 due to primarily the rise of unregulated internet gambling.

This in spite of the fact, that the bill included very little by way of enforcement of the new legislation other than the creation of the ‘powerful new Gambling Commission’, but did include allowing casinos to open their doors 24 hours, offer unlimited jackpots, the introduction of FOBTs – commonly regarded as the crack-cocaine of gambling, and in its first draft the introduction of 8 new super-casinos – and was heavily backed by the Treasury.

The bill designed to deliver better protection in terms of problem gambling, fairness and keeping crime out of gambling, as well as the white elephant of revenue, failed to deliver on pretty much every level. Gambling prevalence surveys have shown that the incidences of problem gambling have not really changed much, and if anything have gone up ever so slightly; the Gambling Commission’s own statistics in relation to adjudications against operators, by the Advertising Standards Agency suggest that the CAP Code has been pushed to, and beyond its limit; recent evidence suggests that the drug dealers’ money laundering vehicle of choice, is by a country mile, the FOBTs; and as for revenue – well, presumably we wouldn’t be discussing a revision of the existing Bill now if that one had gone well, would we?

In the words of the internet generation, the 2005 Bill, designed to address both the opportunities and the challenges of the internet has been nothing short of an epic fail. Within 2 years of the Act coming into force, pretty much all of the UK remote gambling industry had taken itself off-shore, beyond the control of the Gambling Commission, and leaving huge holes where revenue and player protection should have been.

Of course it is easy to see with hindsight where things went wrong. The Bill was presented as a vehicle for the protection of players and society but the reality was that it was always about revenue generation. Due to polarized views on gambling it had to be presented under the guise of protection as coming out with ‘gambling generates tax revenue – let’s have more of it,’ would have raised far too many eye-brows; too much debate and discussion about protection would have led to discussions about enforcement; too much discussion about enforcement and policing would have run the risk of exposing exactly what the government was trying to protect, or even worse, resulted in enforcement measures which might have impacted on profit.

The bill itself was then followed by the UK white list – a seemingly spectacular example of self-inflicted shot in foot, where the government introduced a caveat which effectively allowed all UK facing remote gambling to be legitimately conducted off-shore and tax free.

Much blame has been laid at the door of the white-list for what happened, but  just how much of an impact did the white list actually have? Let’s go back for a moment and ask ourselves – what would have happened had there been no white-list? What if, the only way to target the UK was to stump up 15% tax? What would have happened to those operators already making money out of the UK from off-shore territories – do we realistically believe that in the absence of any real enforcement or penalties, and the global access all areas element of .com they would have just gone home?

Of course not! This is the gambling industry, expert at exploiting loop-holes and grey areas, and happy to take a catch me if you can approach with regulators who can bark but have no actual bite.

Having spent a considerable amount of time and effort passing a law which was about protection not profit, the government either now had to hold its hands up and say it had got it terribly wrong, or find a way of legitimising something which it was powerless to stop – which perhaps also helps to explain some of the quirkier aspects of the white-list.

The fact is that had the government of the day been braver and acknowledged that the bill was about revenue, then the 2005 Act might have been a document which sensibly and effectively addressed the inter-dependent relationships between profit, protection and policing. As it was it didn’t, and the industry ended up with a bill which, due to its lack of effective policing supported neither, profit nor protection.

Ten years on, the current government, driven by the changes in Europe, has finally woken up to the fact that it is hemorrhaging gambling tax dollar, and has determined to do something about it. Given the turbulence of the last decade and the mess we got ourselves into, we might be forgiven for thinking that the lessons of the past have been learnt and this time round, the discussion will start with where the last bill fell down – enforcement.

This is a fantastic opportunity to get it right, but to do so we need to take a very grown up approach which acknowledges that this is about profit first and protection second. A brave move but necessary if we are to achieve both objectives with any degree of success.

Unfortunately, whilst the people, the year and the government have all changed, the political machinations of rushing a ‘profit wolf in protection clothing’ have not, with Helen Grant advising us that the changes are ‘about consumer protection…. Taxation matters are ones for the Chancellor of the Exchequer’.

Despite everything that we have learnt, the government’s determination to stick to the same old tune will most likely see us back to where we started – only this time round, without the benefit of a white list to cover our blushes.

Christina Thakor-Rankin is Principal Consultant at 1710 Gaming, working with start-ups, evolving and established operators, regulators and industry groups internationally. www.1710gaming.com. If you wish to submit your own editorial please contact Bill Beatty.