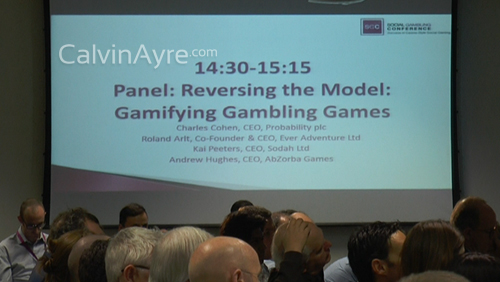 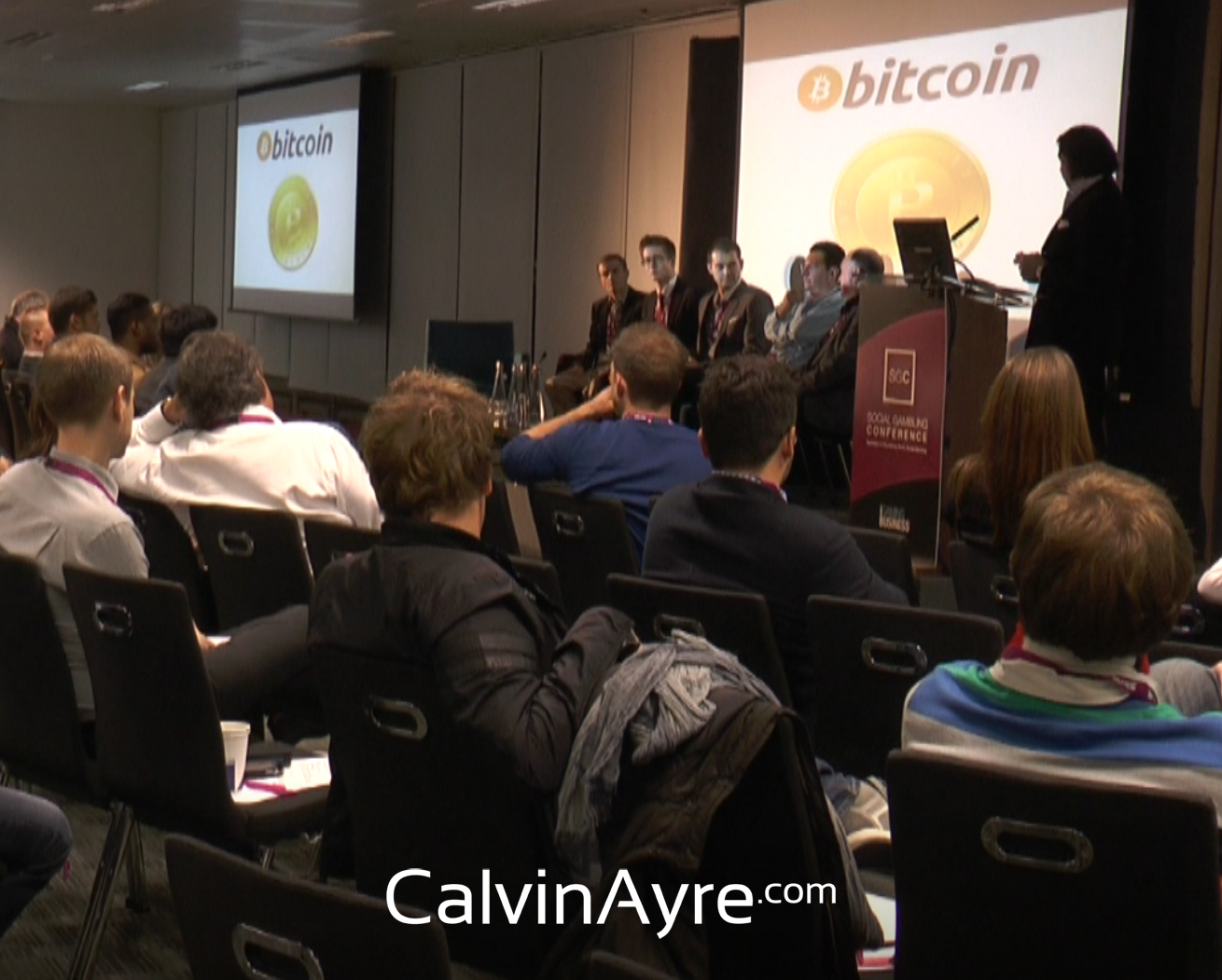 Conference organizer Michael Caselli told CalvinAyre.com that there were some adjustments made to this years event from last years, especially when it came to the sessions.  “We changed the event a lot, last year was about what is social gaming, what kind of social games are successful, what are the genres.  This year we said, people are actually doing this now, so we’re actually going to focus on the business of how to run social games effectively and how to get a little more out of players”.

Caselli also added that he’ll be renaming the event next year to “Social Gaming Conference” instead of “Gambling”.  He said there is a stigma about the word “gambling” within the social space and that the term “gaming” is preferred.

Perhaps another good reason for changing the name is because over the past two days its become clearer that there is a big difference between the behavior of social gamers and gamblers.

A common question is why there have been acquisitions of social gaming companies by gambling companies if these two types of players are so different.  Raf Keustermans of Plumbee explained that those who completed these large acquisitions didn’t expect to convert the social players to real money, rather they served as a growth engine for the larger gambling companies.  “Peer to play is separate”, he said.

The sports betting industry was brought up a few times today, that and its compatibility with the social gaming space.  Caselli kicked off a discussion by pointing out that no one has really cracked the social betting market just yet, even though we all know there is potential.  Fantasy sports naturally jives with social for obvious reasons and start ups such as Bet2Bet, TotalSport and YouBetMe are counting on 2014 to be the year of social betting.  It’s the year to watch, they hope.

It seems that while the social and real money gambling industries are separate, there is some middle ground and aspects of social that the gambling companies can use.  Some companies are actually exploring the concept of “gamifying” real money casino games such as Charles Cohen of Probability.

Cohen said that social gamers and gamblers “may be different animals, but they’re all in the same zoo”.  He believes that players who start off with virtual play might think about trying the real thing, but they will notice the social aspects that are missing straight off the bat.  Cohen has decided to provide this type of player with a game that is for real money but also includes all the social factors that the virtual player is used to.  He’s putting the customer in charge- letting the customer have a choice of when to receive their bonuses and even provide players with a choice of bonuses, something that currently does not happen in the online gambling space.

Today’s discussion expanded way beyond social gaming and at one point explored how gambling operators can use “social rewards” to increase player loyalty.  Jeremy Coleman of Gaming Rewards used the example of how operators are able to achieve a high number of followers on their Facebook pages, yet they have no real social engagement with those followers.  Comments and sharing a much more valuable than likes and he offered several tips on how to attract and engage followers:

-send out a message to players encouraging them to visit the Facebook page for a reason, don’t just add a “like us on Facebook” to your player communications

-Offer something to players for sharing your Facebook content with their friends- a bonus, a freeroll, ten free spins

-Create leaderboards showing what players are creating the most impressions by sending content to friends and friends of friends.  Make it viral, offer a big prize, breed engagement and competition

Coleman essentially advised operators to use their players as brand ambassadors and confirmed that “people are far more responsive to personal recommendation than a promotion”, so sharing via social media generates loyalty and even could serve as an acquisition tool.

And what gaming conference would be complete without a Bitcoin cameo?

While today’s Bitcoin session was more of a heated Bitcoin 101 Q & A than anything else, most of the audience could see that its a great payment solution for the social gaming space. The miniscule fees allow for small, one-off transactions that are common in social games.  Also, as Jez San pointed out, social gaming companies do not need to seek the blessing from regulators, so there should be nothing stopping them from jumping on the Bitcoin train if they want to.