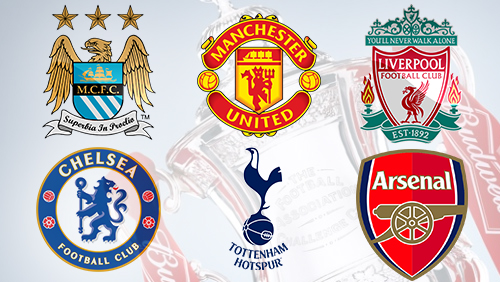 Liverpool, Arsenal and Tottenham were considered title outsiders when the season began although the trio occupy the top three places of the Premier League table after four rounds of fixtures played.

Sure enough, it’s still early and we might see their title challenge falter as the campaign progresses, although each club will be confident that they can rival the two Manchester clubs and Chelsea until the business end of the competition.

Liverpool were as big as 33/1 before the season started although three wins and a draw means that Brendan Rodgers team are sitting pretty at the top of the table, with bet365 and BetVictor shortening the Reds’ title odds to 8/1.

The Merseyside club haven’t spent a huge amount of money in the past few months, although retaining the services of Luis Suarez is a big plus. The Uruguayan will soon be returning from a ten-match ban to help fellow forward Daniel Sturridge lighten the load.

As for Arsenal, the Gunners were roundly criticised for a lack of transfer activity in the summer until they signed MesutOzil from Real Madrid and they have recovered from an opening day defeat against Aston Villa to win three on the bounce.

Paddy Power and Coral certainly expect them to be in the mix with their quote of 15/2, while north London rivals Tottenham are no bigger than 16/1 following a strong opening to the campaign, with Spurs having spent over £100million in the transfer market.

Manchester United might have won the title at a canter last season although they are now available at 4/1 for the title after claiming seven points from their opening four matches. David Moyes appears to be finding his feet at Old Trafford and the new manager missed out on several transfer targets before the window closed.

Meanwhile, Manchester City also have seven points on the board and looked far from convincing when drawing at Stoke, while the team lost 3-2 at Cardiff which exposed some rather shoddy defending.

As for Chelsea, the return of Jose Mourinho saw their title odds contract although the Blues have so far served up a cluster of negative performances despite the Special One having a squad bulging with attacking players.

They have drawn a blank at Old Trafford and Goodison Park, with bet365 prepared to offer 11/4 about the west London side due to the fact that we could see a six-horse race for the title this term.

Perhaps Manchester City and Chelsea’s squad depth will ultimately see them vying for the title in May, although we should note that Pellegrini and Mourinho will be desperate to succeed in the Champions League, as will the club owners at their respective clubs.

While Liverpool and Tottenham might have started the season aiming to finish in the top four of the Premier League, their sights might be aimed a little higher by Christmas if they can sustain the sort of form required to win the title.

Matthew Glazier of www.bettingpro.com reports on the most wide-open English top flight contest for several seasons

Matthew Glazier is the Managing Director of www.bettingpro.com, an award-winning sports, news and betting website. If you wish to submit your own editorial please contact Bill Beatty.