In February, intrepid reporter Kirby Garlitos brought you news that Europol were investigating match-fixing allegations in the world of professional football. Rob Wainwright, Director of Europol, announced that they were investigating 380 suspicious matches with a further 300 identified as having potential. 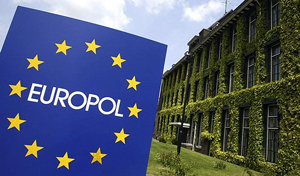 Well Wainwright and his team at Europol are back in the news after two further investigations have been identified: Russian mafia groups and organized crime in the Balkans. Back at the turn of the new year Wainwright’s team seemed to have their all-seeing eye firmly focused on the Asian market, it seems things have changed.

News reports suggest that during the 2012 season one in ten Russian footballers were approached to fix a game. Given that the Russians are to host the 2018 World Cup this is a problem that they don’t want dumped on their doorstep. A point that the Russian President, Vladimir Putin, was well aware of when he signed a bill, earlier this month, that toughened sanctions for anyone found guilty of match-fixing. The new laws could lead to seven years doing porridge and $30,000 in fines if found guilty of match fixing; something that is as rare as Dodo poop.

Wainwright has gone public to warn people that the 2014 World Cup in Brazil could become a target for the gangs; but I think that’s highly improbable. In order for match fixing to work you need co-operative players and a low-key setting. If players are co-operating then they either fear for their safety, or the safety of their family, or they need some additional cash. The salaries have never been higher at the top levels of the game, and the World Cup is one of the most high profile sporting events in the world. Granted the betting opportunities are huge, but it’s plain risk assessment theory.

This means the lower leagues will continue to be the focus of attention and this presents a real problem.

If match fixing continues at the lower end of the scale, will it ever gather enough traction for anybody to do anything about it? And how on earth do you prove that match fixing took place anyway? As a fan of Manchester United I have always though our matches were fixed because we kept on winning everything, but how do you prove it?