Home / Poker / Four of My Most Memorable Moments in Poker 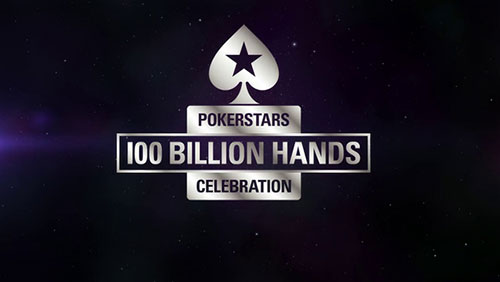 As part of the 100 Billion Hands Celebration PokerStars promoted 22 of it’s favorite televised hands and ran two separate contests with one open for the viewers to select their favorite and another for the media. The two winnings hands both went the way of the inner circle of the PokerStars fraternity with Daniel Negreanu picking up the fan vote, and Jason Mercier taking the honors from the voting of the poker media. 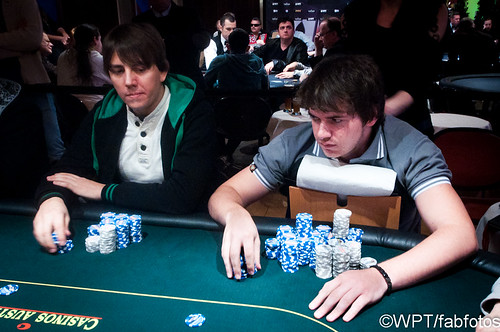 The competition prompted me to get my violin out and start grazing gut. I’ve spent the past three-years trying my very best to transmute the action from the poker table into the mind of the blog reader. It is not an easy task and one where you receive very little, if any, feedback to even know if your art is effective or not.

The first time I wrote a live hand was during Season 7 of the European Poker Tour (EPT) in London back in 2010. I was coming off a 20-year career in the Rail Industry and had very little writing experience. You could say I was rather nervous!

My mentor was Eric Ramsay who is a multi-talented poker journalist whom I admire and respect immensely. In fact, during the London gig that I attended he was taking photographs, taking hands and also supervising the event. I would quickly learn that being versatile and having the ability to work hard and fast were key ingredients if you were to retain your post as the man with the quill.

Ramsay took me out onto the tournament floor and the first person I recognized was John Juanda. I had played on the same table as him at a side event in The Empire Casino as a part of the World Series of Europe (WSOPE) event that same year. I remember trying to get eye contact with him as I had talked with him during our little session. It worked, although I was slightly taken aback when he asked me if I spoke English and when I said I did he asked me to get him a coke.

I was suitably advised that being a drinks attendant was not part of the CV and I got myself ready to take my first ever hand. Before the tournament I had asked the former Bluefire Poker Pro, and feared Six-Max Cash Game Player, Martin ‘Dr Giggy’ Fournier Giguere what details I should make sure I included in my write up. The most important notes that Dr Giggy advised me to concentrate on were the player’s position and stack sizes. Ramsay added the players names, bet sizes, community card details, details of the players hands, any verbal comments and of course any other details that I believed would help improve the delivery of the hand into the readers mind.

My first hand involved the former PokerStars Team Pro Thomas Bichon and I stood poised with pen and paper in hand. Then within a bat of an eyelid the hand was all over.

“How much info did you get?” Asked Ramsay.

I showed Ramsay my blank piece of paper and he just laughed, told me not to worry and be patient. These days the process is just automatic. Ramsay did his job well and I feel like I create a decent product. There are times a hand just calls for the basics and other times it deserves a ferocious splash of color. When you are the only reporter trying to get stuck into a 3k+ WSOP $1k field it’s difficult to find the balance, but I think the current crop of poker bloggers do an exceptional job.

So what are my favorite hands?

I prefer to use the word memorable instead of favorite. The two hands that won the PokerStars competition are both technically great hands where the players reads were the all important factor. But these are not the type of hands that float my boat. Maybe it’s the fact that I am British, but I love a good underdog story and I love to see emotion. These guys and gals play for some serious Wonga and it bothers me when I see a lack of emotion. I want to see tears streaming from behind the shades and four letter expletives frothing from the mouth.

Most of my favorite poker hands don’t involve any flop, turn or river action at all. I prefer the intensity of the pre flop raising wars. Trying to convey the emotion that is created by a tense pre flop raising war is extremely difficult. The very best of them have the ability to turn a boiling tournament floor into stone silence and this one is a great example that came with the added excitement of some post flop action.

It was Level 18 with blinds at 3k/6k with a 1k ante on the third day of action. Sbrzesny was just coming off a career best cash at WPT Prague, where he finished in third place, and Rettenmaier was one of the chip leaders as he searched for his second final table, after winning the first event of the series in Cyprus.

Fedor Holz opened up the action with a 12k raise from mid-position, Kimmo Kurko three-bet to 28k from the hijack seat, Sbrzesny came into the action with the cold four bet from the cutoff for 52k, Rettenmaier calmly pushed a 96k cold five bet from the button, Holz and Kurko folded and Sbrzesny made the call.

Sbrzesny checked and Rettenmaier quietly murmured those famous words “I’m all-in”. A huge smile broke out onto the face of Sbrzesny who muttered “Oh Mad Marvin,” sighed and then folded after spending a long time in the tank.

Rettenmaier showed [Ah] [9h] for the stone cold bluff and Sbrzesny just smiled even wider before the pair chatted about the hand during the break. Sbrzesny later told us that he had ace-king.

The hand was so special because of the atmosphere that filled the table during the hand. The hand went into the break period and players and media flocked around the table in anticipation. I like that kind of experience and why I don’t like it when players have to sit schtum during bubble action.

The final heat of PartyPoker Premier League V Group B was one of the most exciting events I have ever been fortunate enough to work on. The mathematical permutations that were created due to the format of the event made for some great-televised poker.

Going into the final heat Selbst needed to win it to get through to the final. After a few hours that were steeped in emotion Selbst found herself heads-up with Cates when the pair got it in on a queen high board. Selbst was holding [Qd] [5d] for top pair and Cates was holding [Ah] [8h] for the nut flush draw. Selbst was two cards away from achieving something quite astonishing when an ace on the turn handed the hand to Cates and a stunned Selbst was eliminated in the following hand.

When the ace hit the turn I have never seen a look of dejection like the one etched on Selbst’s face in that moment. When the river sealed the deal I watched as she tried incredibly hard not to break down in tears. It seems she was stronger than me as I blubbered my way through the write up. It was great to see such a successful poker player get so upset about not making the final. It showed me that it meant so much more than the money, and will always be one of my most memorable hands.

When the final hand of the WPT IX Slovakia event was played I was seated just a few feet from the table as I feverishly typed out the hand for hand action. The heads-up was between Mayu Roca and Roberto Romanello and I was desperate for a Welsh victory, although trying to remain completely impartial.

It was your classic flip with the ace-king of the Colombian up against the pocket pair of the Welshman. I remember James Akenhead and Andrew Feldman all holding Romanello as the [Jc] [8h] [6c] [3d] [Qs] hit the deck and Romanello just let out an incredible flood of tears. I was trying so hard to finish typing the hand whilst swallowing repeatedly to stop myself from also crying in front of everyone.

The chip leader Ognjen Sekularac opened to 1.8k in the cutoff and both Benjamin Pollak (SB) and Morten Mortensen (BB) made the call.

Pollak took the betting lead for 4.1k, Mortensen called before Sekularac raised to 15k. Pollak made a quick call and then after peeking at his cards the Dane made it 33k. Sekularac folded and we were all expecting Pollak to follow suit when he just called.

Pollak made a very small 14.5k bet and Mortensen called.

Pollak took his time before checking, Mortensen moved all-in and Pollak called. Mortensen flips over a pair of sixes for the flopped boat and Pollak turns quad fours.

Links to both Pokerstars Hands