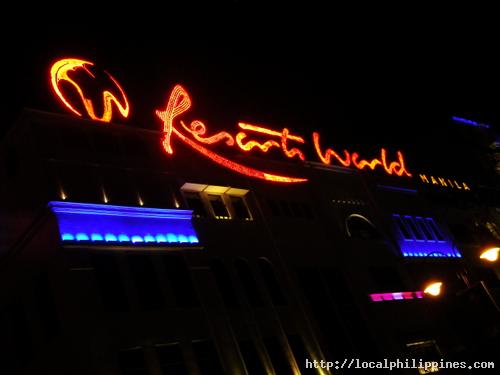 Alliance Global Group Inc (AGI), the operator of Resorts World Manila and the soon-to-rise Resorts World Bayshore in Entertainment City, has reported significant growth in earnings in the first three months of the year. In a regulatory filing, the company reported a net income to owners of its parent company to Php3.6 billion in the first quarter of the year. That number is 21 percent higher than the Php3 billion the company earned in the same time period in 2012.

Overall, consolidated revenues also rose to Php30.39 billion, a 25 percent increase from the Php24.38 billion the company made a year ago. The increase in earnings was buoyed by tremendous growth in AGI’s numerous business endeavors, including its real estate, liquor, and hotel and casino businesses.

“We believe the current macroeconomic conditions will contribute positively to our various businesses, from consumer and property to BPO and tourism – all growth drivers of the Philippine economy,” AGI chairman Andrew Tan told InterAksyon. “These businesses will hit double-digit growth in revenues and net profit.”

Of all the companies under Alliance Global’s corporate umbrella, three companies, Megaworld Corp., Emperador Distillers Inc., and Travellers International Hotel Group, accounted for 84 percent of the company’s overall net profit figures in the first three months of the year.

Travellers International, the operator of Resorts World Manila, reported revenue of Php995 million during the period, an increase of 16 percent from the Php854 million it earned in the same time a year ago. With the company expected to open Resorts World Bayshore in a year’s time, the timing couldn’t have been more right for Alliance Global Group to showcase its burgeoning business muscles to the international business community.

Travellers International declined to comment on e-mails by CalvinAyre.com requesting for updates on the Resorts World Bayshore project.

In addition to its hotel and casino business, Alliance Global also received significant boosts from its real estate business. Megaworld Corp. reported a revenue growth of 16 percent in the first quarter of 2013, taking in Php8.1 billion compared to Php7 billion from the same time a year ago. Net income also grew by 15 percent from Php1.6 billion a year ago to Php1.8 billion in the first three months of the year.