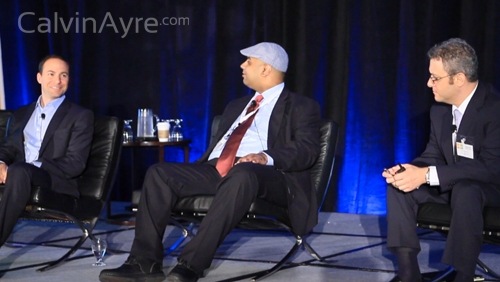 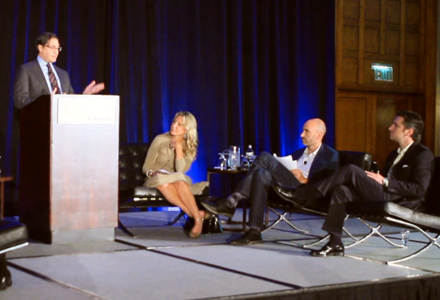 Day two of Gigse and the Social Casino Summit (ScS) felt just as busy as the first, though day two included a significant injection of the social gaming industry.  In addition to sessions taking place for both conferences throughout the day, the networking buzz in the hotel lobby and in and around the conference rooms proved to be a great success for delegates alike.

Today’s GiGse affiliate panel was a step in the right direction as the session topic itself evolved from defining affiliate marketing to actually hashing out how affiliates will be operating in this space once its regulated.   Today’s panelists consisted of three seasoned affiliates, Jon Friedberg, Vin Narayan and Jason “Wolfie” Rosenberg, a trio who clearly worked together in advance of the session to deliver something meaningful to the audience.

The introductory approach chosen by the group was to illustrate that non-gambling affiliate marketing in the US is a four billion dollar industry with a staggering twenty three percent of ecommerce retail coming from affiliates alone.  These hard numbers got the attention of the audience straight away and proved to everyone that affiliate marketing is something the American online gambling industry cannot ignore.

Narayan told CalvinAyre.com that regulators acknowledge the segment is out there and that affiliates should be licensed.   He also pointed out that American land based casinos view affiliates as “junkets”, but that the junket system has advanced from essentially bussing in gamblers to land based properties to attracting new business online.

There has been a shift from the idea that land based brands do not need affiliates, but the marketplace is completely different from what the historical online gambling affiliate industry is used to…now there are limited operators, expensive licenses, taxes and other roadblocks that were never an issue before. Therefore, the question of whether its worth it for an affiliate to set themselves up to compete in this space is still very much up in the air.

The Social Casino Summit (ScS) was running alongside the GiGse sessions and consisted of a much more intimate group of delegates.  One of today’s ScS sessions focused social sportsbetting and included three panelists from the social sportsbetting industry: Brandon Ramsey of Fanhood, Jon Goldstein of SideBets and Matthew Cullen of RocketPlay.

Moderator David Sargent kicked off the session by breaking down and defining the three different areas of social sportsbetting as there is till quite a bit of confusion amongst the industry.  These three areas include:

Once the definitions become clear, the real questions are if we take the money out of sportsbetting, will it be exciting still? And how do we actually make money from social sportsbetting?

Cullen explained that the element of competition between friends is the victory and source of excitement for his players.  Ramsey agreed and added that people like to feel pride and that they will share and publish what they win.  Goldstein added that real money sites are actually using social to engage customers, for example Bwin which is in the process of going through a big overhaul to add social elements to their websites.

The GiGse and ScS delegates came together at the end of the day for the GiGse Start-Up LaunchPad, an opportunity for start-ups to present and pitch for investment and industry recognition as innovators in the US online gaming industry.

As we heard from IGT EVP Robert Melendres in the GiGse keynote speech, the social gaming industry breeds innovation, so it should come as no surprise that the LaunchPad contenders were all social gaming companies.  The winner of the launch pad was Isis, a social gaming network for game developers to enter the online gambling industry and offer their games for real money.  As Isis CEO Daniel Kajouie so eloquently stated in his presentation, its all about the “convergence of social gaming and online gambling”.