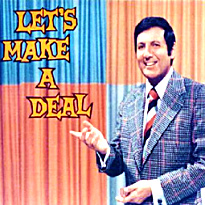 It’s been a busy time for Williams Interactive these days.

A week after the company announced an online content licensing agreement with Sky Vegas Casino, Williams Interactive, the wholly owned subsidiary of WMS Industries, has entered into a new agreement, this time with Malta-based company Bonnier Gaming.

The scope of WMS’ deal with Bonnier Gaming will allow the latter access to the former’s list of online slot games. In a lot of ways, the deal is similar to the one WMS recently inked with Sky Vegas Casino, paving the way for players of Bonnier Gaming to choose from a wide-range of online slots games being offered under the WMS umbrella.

In recent months, Bonnier Gaming has been aggressive in its expansion of gaming offerings. Last November, the operator also signed a deal with NYX Interactive’s Open Gaming System (OGS) within three of its casino sites. With that deal, Bonner was also able to ramp up its selection of casino games provided by Sheriff Gaming and NextGen Gaming, in addition to the numerous titers released through NYX OGS.

In similar ways, the WMS-Bonnier deal fits into the latter’s mission to provide its clientele a wide-range of games and content that addresses their particular interests. It’s a deal that stands to benefit both companies too, something Orrin Edidin, CEO and president of Williams Interactive alluded to. “Our game server integration team has an established relationship with Bonnier Gaming and we are excited to expand that relationship to include the online launch of our classic WMS slot games,” he said.

On the flip side, Bonnier Gaming also spoke about the new partnership with WMS, highlighting the latter’s track record for providing fun and unique games that a lot of players have enojyed througout the years. “Our company’s success has been built on the basis of offering the highest level of entertainment products and content to consumers that address their particular interests,” said Jacob Lindorff, Bonnier’s chief marketing officer, said.

“WMS has a well established history for providing innovative games that players enjoy and is an ideal partner for Bonnier Gaming,”