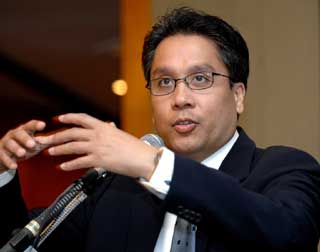 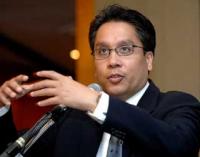 Despite allegations being made that the government’s renewed efforts on cracking down on jueteng are politically motivated, Department of Interior and Local Government secretary Mar Roxas was steadfast in his directives to new Philippine National Police Deputy Director General Alan Purisima to strike hard against those involved in the illegal numbers game and are “raking in billions of pesos in illicit earnings.”

Roxas’ orders were made after provincial mayor Rodrigo Orduna blew the lid on his one-time political ally, Pangasinan governor Amado Espino Jr., accusing the latter of being the operator and protector of jueteng in the Philippine province.

Undaunted by the perceived backlash, Roxas made it clear to Purisima to go after these operators with a vengeance.  “My marching orders are clear: Go against the operators and protectors regardless of their positions and party affiliations. Identify and charge them in court and make sure the cases are airtight and can withstand judicial scrutiny,” Roxas said in a statement quoted by the Philippine Daily Inquirer.

Roxas also instructed the new PNP chief to make revisions to the police agency’s Secure and Fair Elections (Safe) 2013 operations to include a “no-nonsense campaign against jueteng.” In the mind of the DILG chief, jueteng lords have become so powerful in their own provinces that they could hold enormous influence on the residents of their respective provinces and that influence could play a factor in the upcoming 2013 elections. It does sound like there’s a part of this whole new vendetta against jueteng that’s politically motivated, doesn’t it?

It must be noted that Governor Espino Jr., the man at the heart of this investigation after being on the receiving end of damning accusations made by Orduna a few days ago, is part of the Nationalist People’s Coalition and is expected to go up against Alaminos City Mayor Hernani Braganza for the gubernatorial seat of Pangasinan in the May 2013 elections. Braganza, incidentally, is a member of the Liberal Party, the political party of both President Aquino and Roxas himself.

But Roxas stressed that there are no political motivations in this instance, insisting that they were just doing their jobs in running after these operators. As DILG secretary, it’s well within his’ rights to investigate any alleged improprieties of local government executives so he does have justification to go after these operators with hammer and nail in hand.

“We will pursue this, whoever will be affected, regardless of their political affiliations,” he said.