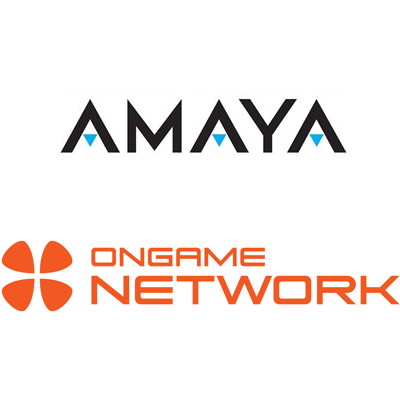 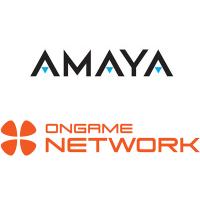 Amaya Gaming Group is the latest party to develop an interest in acquiring bwin.party’s “surplus asset” the Ongame Network. When there’s some news surrounding Ongame, Pokerfuse is usually on the scene and this being the case they quote a “source familiar with negotiations” reporting that Amaya will complete the deal in the near future – even as early as the Global Gaming Expo in Vegas next month.

For those in need of a quick history seminar, Ongame was acquired by bwin back in 2006 from the company’s then CEO Patrik Selin for €475m. Since then most of the liquidity has gone over to the PartyGaming platform and some analysts believed the network could be had for as little as €20m. This set the pulses racing for various firms and Shuffle Master looked like having a deal done for around €30m earlier this year. That ceased to exist when the suitor realised how much they might have to spend sorting out the mess that came with it and after Zynga became the last firm to exit the race for Ongame, Amaya are seemingly the latest to give a deal a go.

ALL ABOUT THE MOOLAH

It’s so far unclear as to how much Amaya are willing to pay for Ongame and you have to wonder whether it will be anywhere close to the €30million Shuffle Master was bidding. Both Amaya and Ongame are seemingly haemorrhaging money and Amaya’s decision to sink funding into this network would mean a much larger loss this year than the $3million they squandered during 2011.

To cut the amount of money they spend, Amaya could decide just to take part of the network and leave bwin.party with the rest of it to do as they please. First things first, the product and maybe some of the programmers as well are worth enough for Amaya to consider laying out some hard cash and it would mean bwin.party being left more willing to close the network afterwards – having moved any of the bwin liquidity to the PartyGaming platform.

Combine the reliable Ongame poker software with the kick-ass Cryptologic casino product they recently bought and it starts to look like Amaya are putting quite the line up together. Who knows, maybe one day they’ll even use the extra cash to plug that leak in their purse. Maybe they’ll even use to extra change to make a play for the ashes of the IGT Network/Entraction? (We couldn’t leave you without one little bit of humor, could we?!)