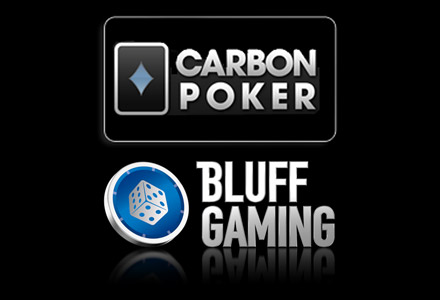 While bad beat jackpots have become a staple in poker games – both live and online – one online poker company is taking the steps to rid itself of the program altogether, all in the name of a “healthier poker room ecology”.

Carbon Poker recently made the announcement of dropping Bad Beat Jackpots from their site through CarbonRyan, their official spokesman on the TwoPlusTwo forums, wherein he explains the company’s decision in doing so.

“All of the tables will shut down automatically within a few minutes for the Jackpot being awarded,” CarbonRyan said.

“We will manually reimburse any BBJ rake paid between the time that the jackpot goes off and when the tables can be shutdown. The 20% that would normally re-seed the next Jackpot will be spread amongst the players instead, making this ultimate Bad Beat Jackpot even more lucrative for the players involved now.”

Carbon Poker’s decision to remove the promotion was also described by “CarbonRyan” as a decision that was based on the company’s new intention of ensuring a “healthier poker ecology” for its players while, at the same time, providing these players with a better assortment of ring game selections to go with “increased players at the stakes the BBJ tables use to be”.

Meanwhile, from one poker site to another comes news that Bluff Gaming will close its operations effective on August 31, 2012. As a result, all of the company’s player accounts and corresponding balances will be transferred to the Enet Poker site. Pokerfuse reported that Bluff Gaming sent out an e-mail to its players, explaining the decision and certain mechanics that players need to be aware of before the impending transfer. According to Bluff Gaming, existing rakeback deals players currently have with Bluff will be honored. Moreover, players will also be allowed to make additional deposits should they do so to take advantage of initial deposit bonuses initiated by Bluff Gaming.

The company did have a few caveats for transferring players and their respective accounts. For one, the player balances will be transferred with a play-through requirement that’s tied up to the rake back deals that the company already has in place. On top of that, Blufff Gaming also issued a warning of sorts to its existing players to refrain from the thought of chip-dumping in hopes to cash out their money. Should anybody get caught doing so, that person’s balance will be seized and the threat of an account being blocked suddenly becomes all too real.

So in the event that you have an account at Bluff Gaming, maybe now’s the ideal time to find out what you need to do in order to keep your balance intact when the site closes at the end of the month and keep tabs on your accounts when they officially make the move to Enet Poker.