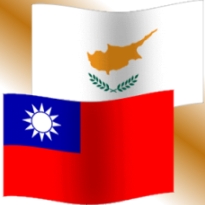 As expected, Cyprus passed its controversial online gambling bill on Friday, as the House of Representatives unanimously approved online sports betting while simultaneously imposing a ban on online casino games and exchange betting. The exchange betting ban was in the original bill text, only to be removed at the committee stage this week, then reinserted before the bill came to the House floor for a vote. The switcheroo will not please betting exchange Betfair, whose most recent financial report indicated the company derived 2% of its revenues from Cypriot punters.

At the opposite end of the emotional spectrum, Greek gaming firm OPAP is celebrating the fact that its online lottery and keno games are now the only online game in town. OPAP was granted a pass in part because of the bilateral agreement between Greece and Cyprus, which irked some critics to the point where police were forced to guard OPAP betting shops to prevent a rash of arson attacks. Police spokesman Andreas Aggelidis told the Famagusta Gazette they would wait for publication of the new law before launching a crackdown on the non-OPAP betting shops offering online casino games.

TAIWAN CASINO GETS GO AHEAD
On the other side of the world, voters in Taiwan’s Matsu island group have voted ‘yes’ in their referendum on whether to allow construction of a resort casino. A little less than 41% of eligible voters cast ballots, and 56% of the 3,162 votes cast opted in favor of the casino plan. Saturday’s vote was preceded by fierce campaigning on both sides, with the ‘no’ side going as far as to accuse (a) the Lienchiang County Commissioner of improperly taking the pro-casino side and (b) developer Weidner Resorts of making fraudulent claims to sweeten the ‘yes’ pot.

Weidner Resorts Taiwan VP Julie Lee expressed elation at the favorable vote, saying the company hoped to turn Matsu into “the Mediterranean of Asia.” The Matsu island group is just 11 miles from the Chinese coast and close to the Fujian provincial capital Fuzhou, a city of 11m residents. Assuming the company gets the nod to build the casino, Weidner plans to spend NT60b (US $2b) developing the resort and the surrounding infrastructure, which will include an airport, a university complex and a causeway linking the islands of Beigan (on which Weidner hopes to build the casino) and Nangang. The Taipei Times reported that Weidner has also promised each Matsu resident a monthly subsidy of NT18k ($600), rising to NT80k ($2,670) in the fifth year of operations if casino profits hit certain targets.

Saturday’s vote must now be ratified by the federal legislature in Taipei, but politicians there are not expected to stand in its way. In 2009, Taiwan passed an amendment to the Offshore Islands Development Act that would permit casinos on the country’s outlying regions, provided over 50% of local residents approve the measure. A casino referendum in the neighboring island county of Penghu in 2009 resulted in a 56% ‘no’ vote.

The Ministry of Transportation and Communications (MOTC) issued a statement that the Matsu approval was only “a ticket”, given that the nation’s gambling legislation is still in the drafting stage. Politicians have scheduled a meeting for Monday to gather representatives of the over 20 federal agencies whose input is required to finalize the bill. Focus Taiwan quoted a public official saying the construction of the Matsu casino could take between three to five years.