Home / Poker / PokerStars and FTP to make major announcement at the end of May? 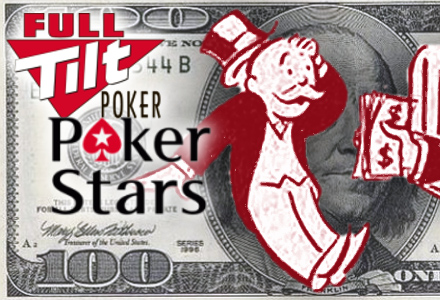 Less than a month after it was reported that Groupe Bernard Tapie was pulling out of a deal to purchase Full Tilt Poker, the beleaguered online poker website is back in the news again, except it’s the kind of news that players who were jobbed of their money have been waiting for a long time.

According to iGaming Post, a “timetable for paying back players has been reached” after recent court hearings in the US between FTP, PokerStars, and the DOJ culminated in the agreement to finally return the money from all the players with existing funds on the two online poker sites.

Although FTP and PokerStars have yet to make any announcements regarding this matter, iGaming Post is also reporting that an announcement is expected to take place in the last week of May.

The official date of payment has yet to be finalized as all the parties involved tackle the logistics of repaying a a client list that includes US and International players. For their part, PokerStars, as reported by iGaming Post, is confident that an agreement will happen “in the next ten days”, one that should get the easy approval of the United States DOJ.

We’ve heard so many rumors and roundabout whispers regarding this issue and it’s easy to be skeptical until a concrete announcement is made. But if you’re a glass-half-full kind-of-guy with some money tied up on these two sites, this report is definitely music to your ears.

It’s high time that this issue moves forward to a place where scorned players can finally get their hands on their money again.

So if you’re keeping a close eye on the whole proceedings surrounding the FTP-PokerStars deal, you need to be on your p’s and q’s come the last of week of May to see what this major announcement is going to be about.