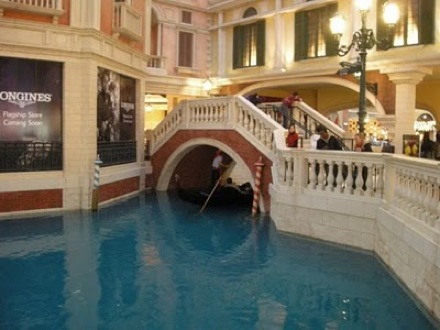 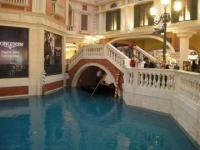 Asia Entertainment and Resources Ltd (AERL) saw a 20 percent year-on-year rise in rolling chip revenue for April. The VIP room/junket operator saw their three Macau rooms rake in $1.75 billion compared with $1.46 billion in the same month last year. AERL’s figures for the first four months of the year were even more impressive as chip turnover rose 29 percent to $7.142 billion. AERL Chairman Lam said: “We were gratified that during April we made our year-end dividend payment to shareholders, as well as making our first installment payment to King’s Gaming for reaching its net profit target. Combined these payments totaled over $16.5 million.”

The organizers of Asia’s largest adult entertainment expo have announced the dates for this year’s show. The Asia Adult Expo (AAE) Macau takes place from Aug 17 thru 19 and quite appropriately it’s at one of the enclave’s huge casinos – the Venetian Macao. If that wasn’t enough to get everyone a little hot under the collar there will be a new show called Intimate Lingerie Asia (ILA) taking place alongside AAE Macau. The release describes ILA as “positioned as a professional event for global erotic lingerie industry players to gather and showcase their best products”. Now we just need a gambling industry expo in Macau over the same three days!

Waddell & Reed Financial Inc has become Wynn Resorts’ largest shareholder with 18 percent of the company. The U.S. based asset management firm became the biggest single shareholder when Wynn forcibly bought out Kazuo Okada. According to Business Daily it now makes Waddell & Reed the largest, although this doesn’t take into account the 40.7 percent held by parties linked to Steve Wynn.