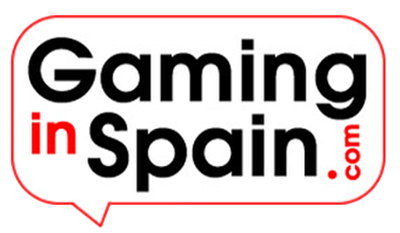 Next legal challenges for the online gaming in Spain.

As expected, one of the main issues in this early stage of the opening of the online gaming market in Spain has to do with regulatory affairs. For this reason, the participations of Mr. Enrique Alejo, General Director for the Development of Gaming, and of Mr. Carlos Hernandez, the newly appointed Deputy General Director for Gaming Regulation, will be of great interest. Mr. Hernandez will be making his first public appearance since his recent appointment. Both participations will take place on the 9th May at 16:00.

Another key issue that has generated most interest and controversy is the recent tax investigation initiated few weeks ago by the ONIF (National Bureau of Fraud Investigation) against some online gaming companies to define the possible taxes (VAT, Non-Resident Income Tax and other possible gaming taxes) unpaid during the last few years in Spain, as well as the possibility to impose additional fines and penalties to the investigated companies. Tax specialists and renowned experts, such as Pedro Fernandez, partner at Garrigues, and Albert Agustinoy, Of Counsel at DLA Piper will give us their view on this issue and its possible consequences. Current taxt rates and taxation of players will be also discussed during this session.

The legal regulation of marketing and advertising activities will be another interesting matter to be addressed at Gaming in Spain 2012. With a specific regulation on the advertising of online gaming activities yet to be approved, operators will spend few millions of euros in marketing campaigns by solely relying on the general rules governing advertising activities in Spain. A non-profit association called Autocontrol is expected to play an important role in the self-regulation of this industry. For this purpose, Mr. José Domingo, general manager of Autocontrol, will participate in the conference

Finally, the legal and regulatory part of the conference Gaming in Spain 2012 will end upwith the participation of Santiago Asensi, managing partner of Asensi Abogados and Pedro Lopez, managing partner of MartínAndino Abogados, who will discuss the most important legal news and challenges to be faced by the sector, such as the licensing process, the main legal actions to be taken by the operators once the gaming licenses are granted, the legal actions initiated by Codere or the future role to be played by the General Directorate for the Development of Gaming.

Join us at the 2019 Gaming in Spain Conference: “Sustainable advertising in a maturing market”
Press Releases
7 October 2019