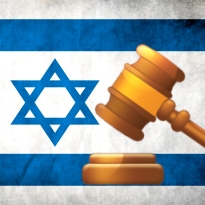 An Israeli court has ruled that police injunctions requiring internet service providers to restrict access to international online gambling sites are unlawful. Israeli police began issuing the injunctions – aimed at blocking Israeli bettors’ access to online gambling sites Victor Chandler and Stan James – in August 2010. At the time they were issued, no Israeli ISPs complained that loudly about the injunctions. Instead, YnetNews reports the Tel Aviv Administrative Court’s Judge Michal Rubinstein issued his decision on Monday in response to an appeal by the Israeli Internet Association (IIA). Rubinstein ruled that while the social value of gambling sites was low, blocking access to them still amounted to curtailing freedom of speech. Rubinstein declared the injunctions invalid and ordered the police to pay the IIA’s NIS 20k ($5,300) court costs.

The Mifal Hapayis state lottery and Israel Sports Betting Board (Toto) monopoly are the only two gambling sites currently authorized under Israeli law. Last month, the Israeli gov’t granted itself oversight of all major decisions made by the lottery after questions were raised over (a) the lottery’s failure to disburse millions of shekels to designated charities and (b) exorbitant salaries paid to lottery execs and agents in charge of selling lottery tickets. Mifal Hapayis was ordered to appoint an internal auditor, CFO and audit committee, all subject to the treasury department’s approval. Future shenanigans could result in the state revoking the lottery’s license and cancelling prize draws.

The sports betting monopoly Toto will also find itself under increased gov’t scrutiny. In 2011, Toto’s revenues were NIS 1.52b ($406m), off 3% from its all-time high of 1.57b in 2010 (a World Cup year). Despite the drop in 2011, Toto chairman Zach Fishbein told Globes he expects revenues to hit 1.8b in 2012 and the goal is for revenues to top 3b/year within three years. Toto’s optimistic estimates hinge on expanding the range of products it offers – such as horseracing, which Toto has been talking about for 15 years. Toto currently reaps 80% of its revenues from football wagering. Toto also wants to introduce mobile phone betting to the country, or at least, mobile phone betting on Toto products.

But the Israeli gov’t has warned Toto that failure to act responsibly will mean it won’t approve extensions of Toto’s existing arrangements with foreign operators nor expansion into new areas of betting. The gov’t has established a panel – including representatives of the ministries of Finance, Homeland Security, Welfare and Social Services, Culture and Sports, plus police officials – to consider the social and legal ramifications of Toto’s plans. The panel is to submit recommendations by Sept. 1, 2012.