Home / Poker / What effect will Black Friday have on WSOP 2012 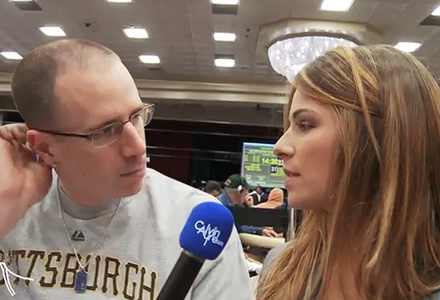 Get the video embed code here.

When the World Series of Poker (WSOP) Main Event kicks off later this summer it will be over a year since the Black Friday indictments were handed down. Attendances are one of the main parameters observers look at to say whether or not the WSOP is a success or a dud. Rather surprising then that figures for the 2011 WSOP saw a drastic improvement as it grew 3.7 percent over the previous record as it rose to 75,672. Most people were befuddled as to why Black Friday didn’t have more of an effect. This year could be different.

A year ago most of the court cases and enquiries were at an early stage and players were still hoping to see some all of their money from the Full Tilt Poker shutdown. It’s been a year now and in that space of the time the “shit has hit the fan” so to speak. It goes to explain why almost 42 percent of the pros in the above video agree the attendance will drop in 2012. That’s in contrast to just a quarter thinking the amount will increase and 33 percent thinking there will be a very marginal move in either direction.

Most of those thinking it’ll increase are pinning their hopes on the event retaining its luster as the biggest and best the poker world has to offer. This is definitely the case but the loss of money amongst players will make it all the harder for them to jump on a plane all the way to Las Vegas. The chance to show off the bracelet to your nearest and dearest is always there as a motivating factor though and anyone hungry enough for one will still attend.