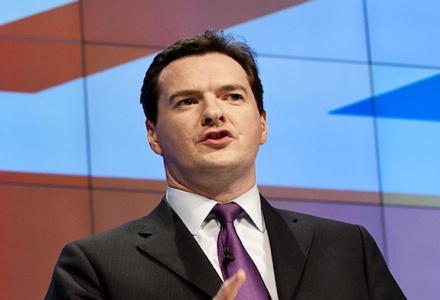 UK gambling industry firms are facing a change to the way they’re taxed after Chancellor George Osborne revealed a point of consumption tax would be introduced. Gambling industry firms serving customers in the UK are to be taxed depending on where the customer is located and not where the services are supplied with the news likely to hit some firms hard. Osborne told the assembled masses in the House of Commons, the system introduced by the previous Labour government had allowed overseas operators to “largely avoid” being taxed and added: “much of the industry has, as result, moved offshore”.

He continued: “Ninety per cent of online gaming in the UK consumed by our citizens is now supplied from outside the UK. And the remaining UK operations are under pressure to leave.”

It’s hardly a surprise this has happened now with Steve Donoghue admitting at January’s London Affiliate Conference any change “must be soon”.

Betfair spokesperson James Midmer sent CalvinAyre.com a statement saying: “Betfair looks forward to continuing to work with the Government to ensure any fiscal, and supporting regulatory changes, to the online gambling industry in the UK are competitive, viable and sustainable for consumers, operators and the Government.  Betfair has always been willing to pay a fair rate of tax in any jurisdiction in which it operates, including the UK, providing that a fair and level playing field exists between all those who are permitted to operate in that market”.

The big winners from the news could be the horseracing industry that has been pushing for overseas operators to make a contribution to the levy. Whether this helps is unclear but they’ll have more of a bargaining tool as a result of the point of consumption plans. It will be some time until these plans are fully implemented with the DCMS admitting last year “a period of transition will be put in place”. Combine with Parliament needing to revise existing legislation and you can see why these changes will take some time to come into force.

Osborne’s third budget also included plans to introduce a new gaming machines duty tax of 20%. Revenue from machines have increased in recent years with new technology attracting customers and the government will try to capitalize on this with the new rate of tax. The plans haven’t sat well with the UK’s chief body for bookies, the Association of British Bookmakers (ABB). Chief executive Dirk Vennix stated they’re “very disappointed” with the government changing the rate and that it will “put 2,600 betting shops and 11,000 jobs at risk”.